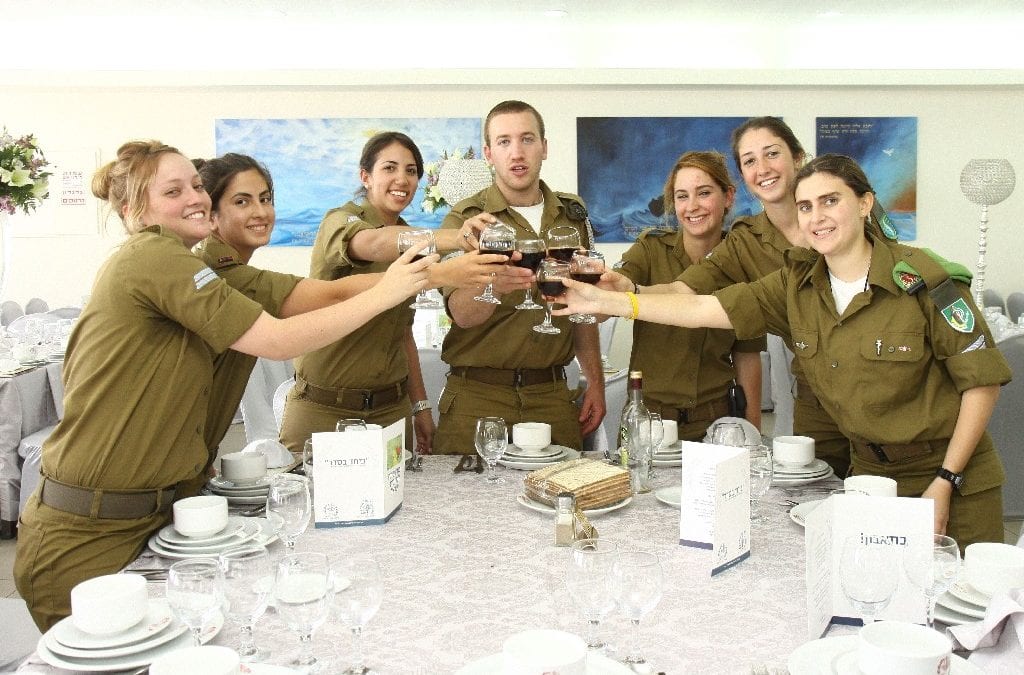 This year, 480 Israeli Defense Force (IDF) lone soldiers participated in what is being called “The greatest Passover seder in the IDF”.

This special seder, sponsored by The Association of Well Being of Israeli Soldiers (AWIS), the LIBI Fund, and Canadian Zionist Cultural Association (CZCA) marks the 15th anniversary for such a massive undertaking.
download lucky patcher full version

“Traditionally, Passover is the most family oriented Jewish holiday in the calendar year,” stated Dr. John A.I. Grossman, Chairman of LIBI USA. “For lone soldiers who do not have family in Israel, orphans or those estranged from their families, sharing in a Passover seder with other soldiers in similar circumstances brings a deep feeling of comradery and a sense that one can build a new family in the Holy Land.”

The event was held at the Givat Olga seaside resort village north of Tel Aviv. This resort is used only as a recreational outlet for IDF soldiers and for families who have lost loved ones in combat. The soldiers will be fully hosted in the pastoral location. Following the Passover seder, they enjoy a variety of educational, sport and leisure activities.

On Friday morning, before Passover set in, the soldiers were treated to a festive welcoming ceremony at which every soldier received a special holiday gift. In attendance were the IDF Chief of Staff, Lieutenant General Gadi Eizenkot, AWIS and LIBI Fund Chairperson, Major General (Res.), Yoram Yair YaYa and CZCA

“These soldiers originate from 35 different countries around the globe in order to protect Israel and her people,” continued Grossman. “We do all that we can to bring a warm holiday spirit to soldiers with no place else to go for the holiday.”

The Givat Olga dining room was turned into a luxurious banquet hall through festive decorations. In the spirit of passover, six Afikomans (matzah set aside to be eaten when completing the reading of the Passover Haggadah story) were hidden in the hall for soldiers to find.

One of the main themes of Passover is to keep people actively participating in sharing the story of how God miraculously freed the Israelite nation from bondage in ancient Egypt. It is an age-old custom to engage people by hiding a piece of matzah (Afikoman) for participants to seek and find. As this matzah is required to complete the holiday meal, prizes are traditionally given to those who find the Afikoman.

For this event, the IDF soldiers who find the hidden Afikomans will receive one of the following sponsored gifts: a laptop, a Galaxy S2 Smartphone, a 1,000 NIS gift certificate sponsored by Bank Le’umi, and movie tickets.

The seder was conducted in full accordance with Jewish Biblical law under the leadership of  Personnel Directorate Rabbi, Major Asher Molad. Joining the event will be the Head of IDF Personnel Directorate, Major General Hagay Topolansky, AWIS CEO, General (Res.) Ilan Tal, and other senior commanders.

There are currently about 6,380 lone soldiers in the IDF. Fifty-one percent of them are new immigrants, and the remaining 49 percent are native Israelis who are either orphans or estranged from their families.

“This is a major event which was organized in collaboration with the IDF Personnel Directorate and the Education and Youth Corps,” explained Grossman. “We are grateful for the generous sponsorship of CZCA for the past four years, AWIS and, of course, the LIBI Fund for making this happen.”