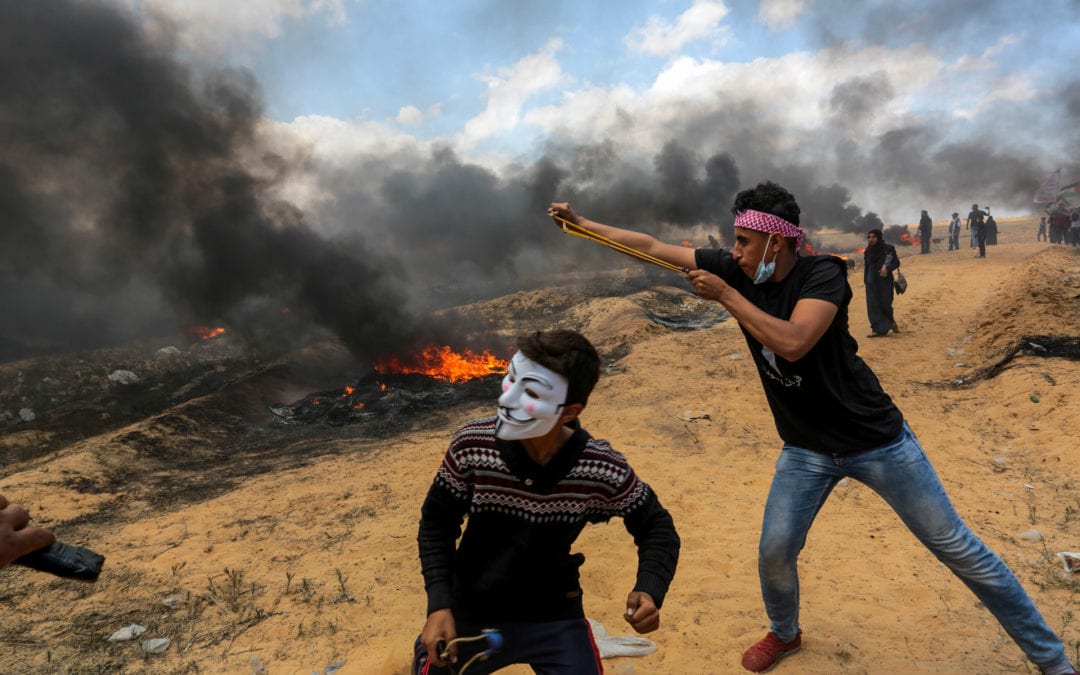 For the past year, Israel has contended with ongoing Palestinian incitement and violence on the Gaza border. Meanwhile, the IDF is working to keep Israelis safe – all while international bodies like the UN have stayed silent. At the border riots, Hamas leaders have stated their clear intent to penetrate Israel’s territory, harm Israeli security forces and overrun Israeli civilian areas and murder Israeli civilians.

Videos have also shown Palestinians breaking through the border with knives while shouting “we are coming for their hearts.” Even so, a recent United Nations Human Rights Council commission of inquiry on the Gaza border chose to focus on the IDF’s “war crimes,” as opposed to Hamas’ violent incitement, and concluded that the protests were peaceful.

The report also failed to mention the fact that while orchestrating the riots, Hamas was also responsible for firing over 1,300 rockets and mortars from Gaza into Israel in 2018.

In the context of this agonizingly one-sided, biased and inaccurate report, UK Labour Party leader Jeremy Corbyn is following suit, renewing his call for a British arms embargo against Israel. American Friends of LIBI understands that arming the IDF means arming the most moral army with the power to defend its own citizens.

LIBI thanks the IDF for their counter-terrorism work on the Gaza border and eagerly awaits the end of Hamas’ heinous incitement and attacks. Enough is Enough.

Support the organization supporting our soldiers.