The IDF Delegation Returns From Honduras 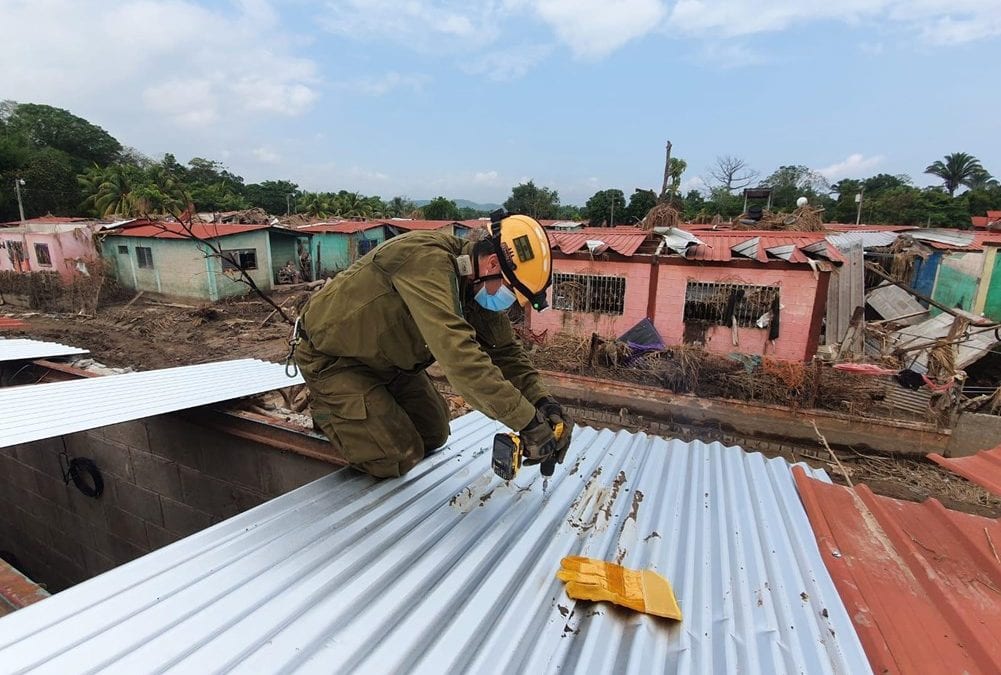 During the seven days of operation, Israel’s forces operated in the cities of San Pedro Sola and La Lima which were significantly damaged by the storms. The delegation of experts has formulated a series of professional recommendations for achieving control and minimizing disaster damage in the fields of engineering, medicine and the population. At the same time, members of the delegation rehabilitated the village of Cruz La Valencia which was hit the hardest in the country. Most of the activity focused on rehabilitating the village houses, installing solar lighting and in installing functioning water systems. Thanks to the activity of the IDF’s delegation, local authorities were able to move hundreds of residents from makeshift shelters back to their homes.

During the activity, advanced mapping technology was used to assess the engineering damage and to monitor the mood among the population. Honduran government officials personally participated in the delegation’s activities and were given an overview of Israeli capabilities. The delegation under the command of the commander of the national rescue unit, Colonel (Res.) Golan Vach, numbered 15 reservists and was accompanied by the Israeli embassy staff in Honduras and was supported by experts from the country.

“Our activity last week, led to the return of hundreds of civilians in their homes and formulated together with government officials and other professionals dealing Principles emergency situation plaguing the country,” said National Rescue Unit Commander, Col. (res) Golan Vach,  “the mission’s achievements are the fruit of experience accumulated by IDF “To the Home Front Command in aid delegations over the years and thanks to assistance from the experts from the country.” The IDF will continue to assist, on behalf of the State of Israel, and will contribute its experience and capabilities wherever necessary.