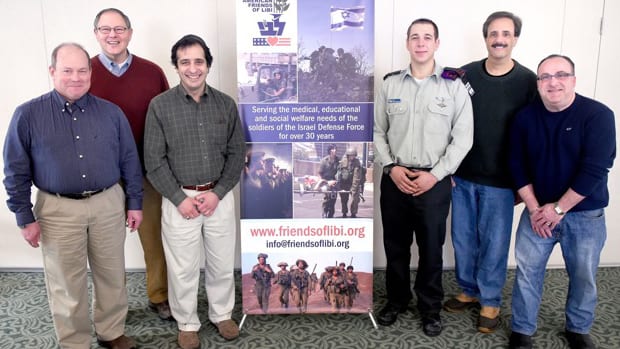 More than 50 people braved the frigid temperatures one recent Sunday morning to hear Captain Oron Kalmanzon of the Israel Defense Forces (IDF) present a security briefing and discuss his personal reflections as a combat officer in the special forces Givati reconnaissance battalion stationed on the border of Gaza during last year’s Operation Protective Edge.

“The ‘Meet a Hero’ presentation was tremendous,” said Lois Petty of St. Paul’s Lutheran Church in Westport, of the presentation that was held at Temple Beth El in Stamford. “[He is] compared to the biblical David who was a humble young man but grew into a mighty warrior. His presentation was so effective you felt you lived through the war as he spoke,”

During the recent 50-day operation, Kalmanzon was in charge of coordination between ground troops and fire support and air force assistance near the Gaza border. He is a graduate of the IDF Tactical Command College and holds a Bachelor’s Degree in Political Science.

Read More on this story Here.