“Beneath the Helmet” Featured at LIBI Stay at Home Gala Event 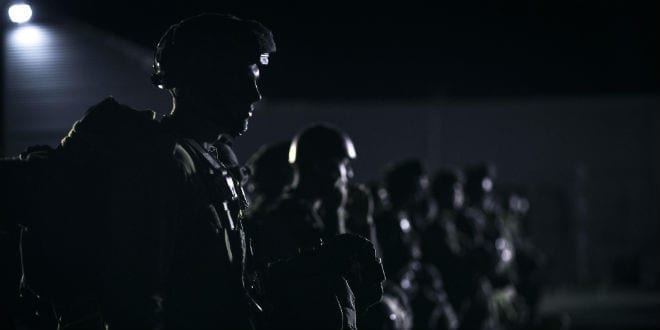 The Paratroopers Brigade Preparing to Take Off. (Photo: IDF)

LIBI USA has partnered with Jerusalem U to offer an exclusive online viewing of the new IDF feature film, Beneath the Helmet. Donors who give to LIBI USA will immediately gain access to stream the film as part of LIBI’s “Stay at Home Gala Event” running until Monday, March 23rd.

“Many other organizations are throwing over the top, extravagant dinners,” said LIBI USA Chairman Dr. John Grossman. “We wanted to show our supporters how far we go to keep our costs down to pass along as much as possible directly to the soldiers, so were hosting a stay at home dinner.”

The featured entertainment at the LIBI Stay Home Gala Event is the award winning documentary produced by Jerusalem U that goes behind-the-scenes and explores the lives of five Israelis who just graduated high school to show the humanity of the soldiers beneath the helmets.

The cast of Beneath the Helmet  includes Eden, a 20-year-old officer who is charged with the welfare of 30 paratroopers; Coral, a female sergeant who considered evading army service but changed her mind after high school; Mekonan, an immigrant from Ethiopia who is faced with personal challenges that threaten his service; Oren, a lone soldier from Switzerland who volunteered to serve at the age of 18; Eilon, the first member of his family to serve in the army.

As the film delves into their challenges, emotions, values and aspirations, Beneath the Helmet sheds light on the true story of the State of Israel.

Israeli army service is a rite of passage for teenagers growing up in the Jewish State. The film focuses on five young men and women whose goal is to inspire soldiers in their units to be clear about who and what they defend. Watching these young soldiers grapple with difficult challenges and question their identities, is an inspiration and allows the audience to reflect on their own identities, as well.

“Opponents of Israel paint a grim picture of Israel’s men and women in uniform. But beneath every helmet there is an untold story. It is this story that the film seeks to share and its our privilege to be sharing this important film with the supporters of the Israeli army,” said LIBI USA’s Grossman.

To donate to the IDF and watch “Beneath the Helmet” click here.