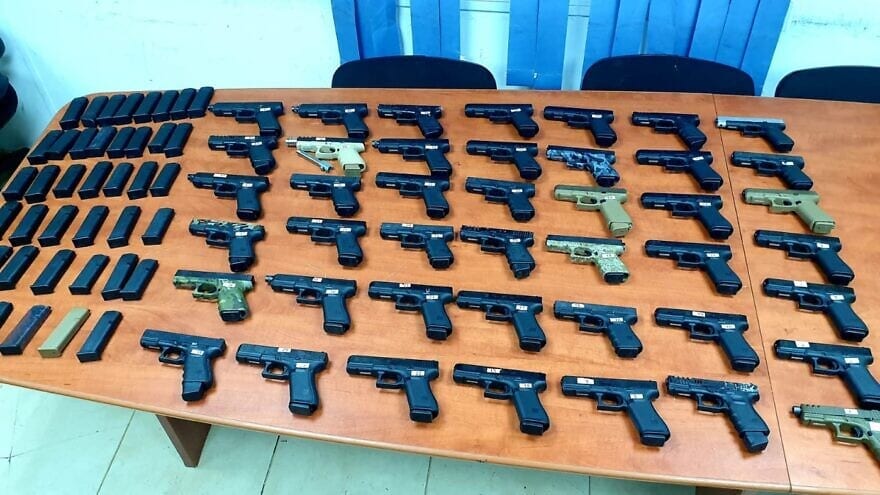 IDF soldiers in conjunction with the Israeli Police thwarted a weapons smuggling attempt on Tuesday in the Jordan Valley. The security forces identified three vehicles with 53 weapons including 39 handguns, 10 Kalashnikov assault rifles and 4 M16 assault rifles.

At an IDF General Staff conference on Thursday, Israeli Prime Minister Naftali Bennett said that the military’s main mission is to seriously harm the Iranian regime and its proxies throughout the region, including Hezbollah, Hamas, as well as other terror groups that are based in the Middle East.

A war exercise executed by the IDFs’ 74th armored battalion in the Golan Heights has greatly boosted its readiness to engage with Hezbollah, the battalion’s commander said. Lt. Col. Ofer Tchorz, commander of the Merkava 4 Tank 74th battalion, told JNS that the training enabled his servicemen “to prepare for the next war and improve our readiness.”

Finally, a laser system built to intercept incoming rockets is scheduled for its final round of testing “early this year,” Brig. Gen. Eyal Harel, head of the IDFs’ Readiness Division, told Globes. The technology, designed and manufactured by Elbit Systems in conjunction with the Ministry of Defense and the Israeli Air Force, can kill rockets, UAVs, and other aerial threats.