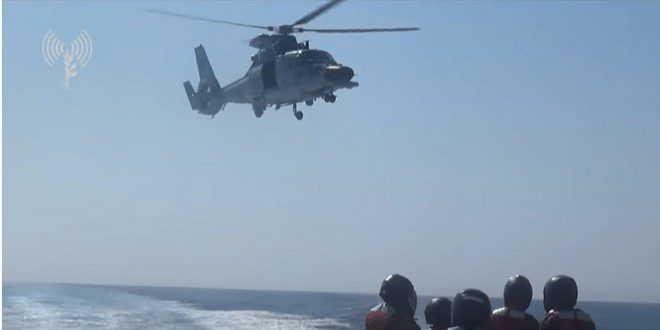 The Israeli Navy and the Israel Security Agency (Shin Bet) last month disrupted an attempt by Gazan terror factions to smuggle weapon components into the Strip by sea, the Israeli military announced on Wednesday. Security forces tracked three Palestinians as they set out in a vessel from the Gaza coast towards Egypt, according to the Israel Defense Forces.

Israeli security forces arrested two Palestinians on Saturday in connection with the murder of an Israeli civilian security guard outside Ariel the night before, according to the Israeli military. The suspects, identified by Israeli media as Yahyah Maree, 19, and Yousef A’ssi, 20, were arrested in their homes in the town of Qarawat Bani Hassan, near Ariel, the Israel Defense Forces said in a statement. Two Carlo-type improvised submachine guns were also seized, according to the military.