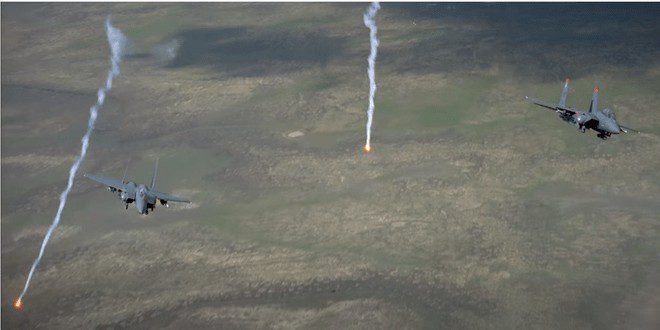 In a message to Iran, the US Air Force will refuel Israel Air Force fighter jets during a massive aerial exercise in the coming weeks that will simulate an Israeli invasion of Iran reports the JPost.

The exercise is part of the IDF’s largest war drill in decades, dubbed “Chariots of Fire.”

The month-long exercise will prepare forces for intense multi-arena combat in the air, at sea, on land, and in the cyber arena, a statement by the Israeli military stated.

The Israeli military has dismissed as “baseless” a report by CNN on Tuesday claiming that Al Jazeera journalist Shireen Abu Akleh was intentionally killed by Israeli forces in Jenin.

Citing “new evidence,” the CNN report claims that Abu Akleh was killed by Israeli forces in a “targeting shooting” during an exchange of fire between Israeli forces and Palestinian terrorists in Jenin on May 11.