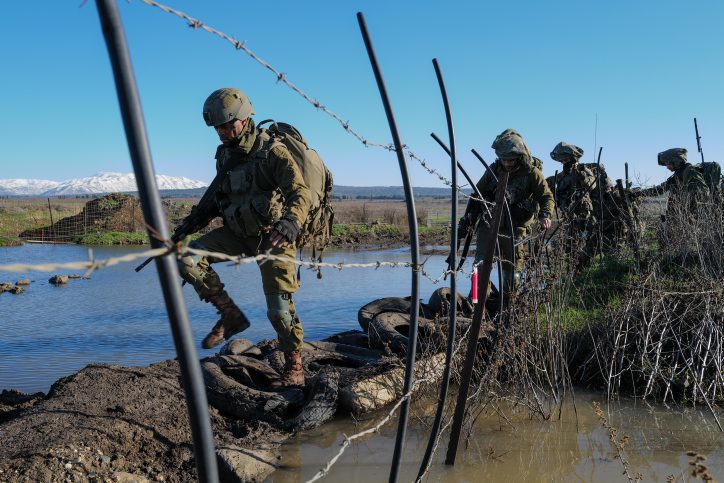 The IDF arrested a top Hamas official in the northern Samaria city of Jenin in an early-morning raid on Tuesday, the Israeli army said in a statement. The terrorist, Abdul-Jabbar Jarrar was caught by Israeli troops following a search of his home, “Palestinian” news sources reported.

Soldiers from the army’s 890th Paratroopers Battalion took part in a week-long exercise simulating war on the northern border against Hezbollah. At the same time, the IDF kept a close eye on Israel’s volatile southern border as tensions rose in Jerusalem’s Shimon Hatzadik neighborhood.