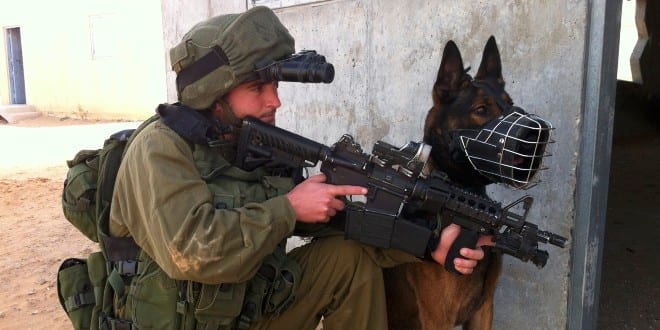 Israeli troops identified two Arab suspects approaching the Ari Fuld lookout point adjacent to the Judean village of Migdal Oz in the Etzion Regional Brigade area. A crack IDF response team was deployed to the area, compelling the suspects to flee. A chase ensued, while attempts were made to arrest the terrorists. One of the terrorists was shot dead during the pursuit.

IDF in coordination with the Israel Police identified two suspicious vehicles near the border between Israel and Jordan. The vehicles were stopped by Israeli forces including Israeli Border Police, and Israel Police “Yagal” and “Magen” unit soldiers. Inside the vehicles, the soldiers found twelve AK-47 assault rifles, clips, and ammunition. The suspects and arms were transferred to the Police.