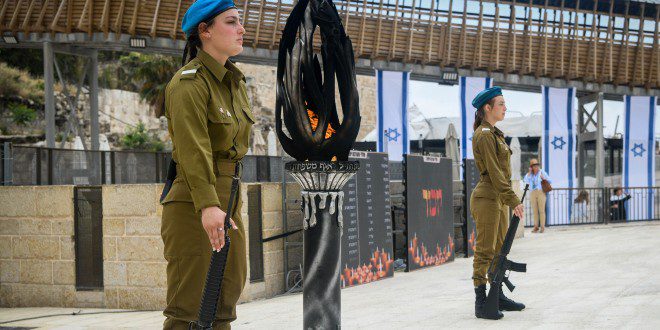 Israel marked its Memorial Day for Fallen warriors as well as terror victims on Tuesday evening when a one-minute siren sounded across the nation, compelling all to stop and stand in silence. The main ceremony took place at the Western Wall in Jerusalem. Among the ceremony’s keynote speakers were Israeli President Isaac Herzog and Israel Defense Forces Chief of Staff Lt. Gen. Aviv Kochavi.

The IDF arrested two terrorists on Saturday in connection with the killing of an Israeli security guard in Ariel the night before, according to the IDF. The terrorists, identified as Yahyah Maree, 19, and Yousef A’ssi, 20, were caught in their homes in the village of Qarawat Bani Hassan, close to Ariel, the military said in a statement. Two Carlo-type improvised submachine guns were also seized, according to the IDF.