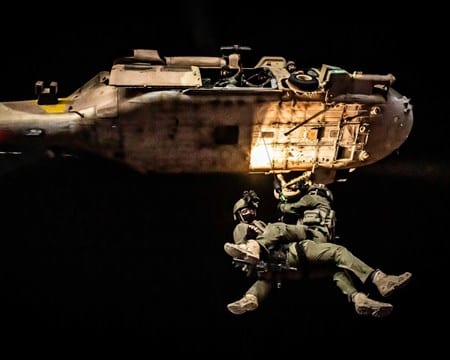 This past Sunday, a historic moment occurred in the IDF with the opening of a brand new unit in the Israeli Air Force – The 7th Aerial Special Forces Wing. The new unit will serve the purpose of bringing all of the Air Forces Special Forces Units together in a more centralized unit. Until now, all of the units operated separately in the air force – but after two years of planning and setting up the infrastructure for the larger wing – the air force is ready to bring them together and streamline their work to become more effective overall.

This change comes along as the IDF makes moves to reorganize from the bottom up in order to become more effective and lethal in the modern era. According to IAF chief Amikam Norkin, the new wing “will make our special forces more effective in battle, more influential in our aerial superiority and more a part of all the processes and scenarios taking place in the air force.”

So what are the units that make up the 7th Aerial Special Forces Wing?

Unit 699 is a heliborne Combat Search and Rescue Extraction unit, highly trained and experienced in both military and civilian cases. Their responsibilities include extracting soldiers from war zones under intense fire, sailors in distress and they have even been flown out to crisis around the world to assist in search and rescue operations.

The Shaldag Commando Unit is tasked with the difficult mission of infiltrating enemy territory undetected and carrying out military operations. They participated in many operations in many wars – paving the way for success for the rest of the IDF

The Frontal Landing Unit is trained in setting up ad hoc runways and landing strips outside of the airbase, including in enemy territory. Their goal is to ensure that Israel can land anywhere, anytime – giving Israel’s airforce more reach and flexibility.

In addition to the special forces units, the new wing will also have its own dedicated intelligence unit, as well as a special forces school for training new recruits. Congratulations to the IDF on this monumental event and to many more in the future!