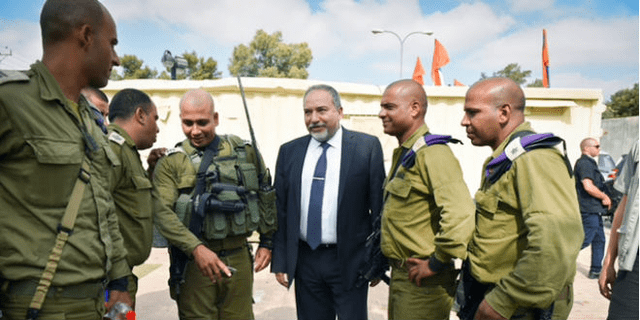 In a first-time impressive move, the Israel Defense Force (IDF) is expected to promote a Bedouin soldier to Colonel. Lieutenant Colonel Hassan Abu Salb stems from Israel’s nomadic community and is a volunteer in the IDF.

In 1948, the IDF created an “IDF Minorities Unit”. This Arabic-speaking unit generally consists of non-Jews such as Christian Arabs, Circassians, Druze and Bedouins. Since then, most minorities have requested full integration into the IDF. But some Arabic-speaking units still exist.

“These special units are like a miniature of Israel’s inclusive population,” shared Dr. John A.I. Grossman, Chairman of LIBI USA, the official welfare fund of the IDF. “It’s a miracle that such diverse communities join together to protect the Holy Land. The promotion of Abu Salb is proof of its success.”

However, the diversity of IDF soldiers, including nearly 6,000 lone soldier volunteers from around-the-world, comes with the challenge and obligation to ensure a strong united front and the need to develop a deep love of the Holy Land that they protect. This takes special programming and significant resources to achieve.

“LIBI USA supports educational programs and trips throughout Israel for all battalions,” continued Grossman. “These programs develop much-needed knowledge, such as reading comprehension, which not only minority soldiers lack but even many Jewish soldiers, as well as crucial camaraderie among soldiers and an understanding that they are protecting their own country as well as God’s Holy Land.”

The Minorities Unit started when the Druze leadership, at the time, appealed to David Ben-Gurion, then Minister of Defense, to draft Druze men on the same basis as Jews. Today, Druze are part of IDF mandatory conscription and join regular combat units. However, Bedouins, Christian-Arabs and Circassians still serve on a volunteer basis only.

It is estimated that there are 250,000 Bedouins living in Israel. As nomadic people, they have a particularly low level of education. The IDF provides an outstanding framework to help this group achieve social mobility through various means, including improvement of their education and vocational training. Today, there are approximately 1500 Bedouins serving in the IDF.

“The IDF’s goal, which it hopes will be met with the help of Abu Salb, is to increase Bedouin recruitment by three times,” explained Grossman. “That means that the IDF will have a large increase in social welfare needs of soldiers as well as educational programs. LIBI USA is actively gearing up now to help.”

Abu Salb is presently serving as the head of a tracking division in Samaria. Once his rank is raised to Colonel, he will also be in charge of the Manpower Directorate Program.

Most Bedouins in the IDF serve in elite tracking units due to their unique skills gleaned from generations of living in the desert. The IDF, however, is planning to expand opportunities for Bedouin recruits to improve their overall integration into the military and Israeli society.

Bedouins who volunteer for the IDF are recognized for the high level of motivation and their excellent adaptation to army life and skill acquirement. They have a long history of aiding the Holy Land against terrorist infiltration and threats.

“All who serve in the IDF have an advantage in Israeli society over those who haven’t as businesses prefer to hire those who have served,” said Grossman. “Just like rockets don’t distinguish between people and communities, so too is our obligation to support all those who protect Israel.”