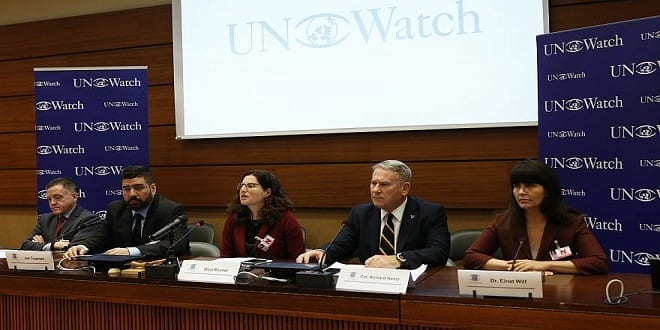 Joining a panel of four experts hosted by independent human-rights group U.N. Watch, Corn and Kemp accused the Commission of Inquiry (COI) of promoting false claims in its report, and warned diplomats and member states that the biased report will only further incentivize Hamas’s exploitation of Gazans and increase the chance that other illicit armed groups may be used against Israel, the United States and its allies in the future.