Female IDF Combat Soldiers: A Force to be Reckoned With 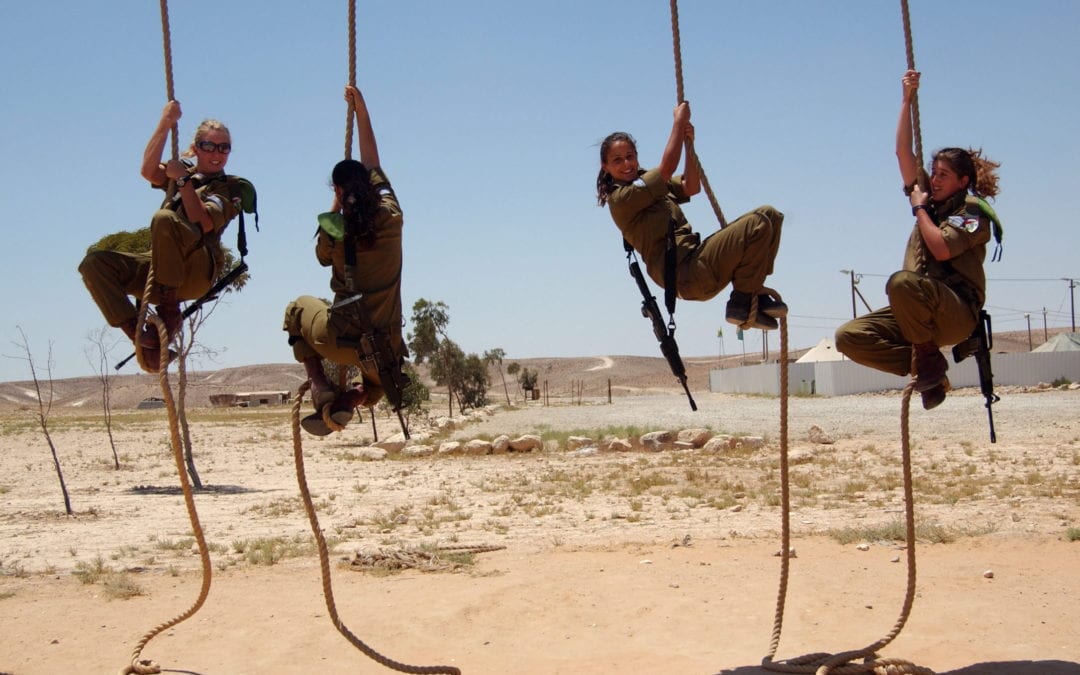 The Israel Defense Force (IDF) is making history with the creation of its third co-ed combat unit, with anticipation that more will follow.

Due to a literal lack of manpower, female combatants fought with the Haganah, a Jewish paramilitary organization in the British Mandate of Palestine, and during Israel’s War of Independence in 1948. Despite their noble contributions, women were later barred from all IDF combat duty.

With the increased demand of women wanting to enlist in IDF fighter units, Israel accepted the Equality Amendment to the Defense Services Law in 2000. The historic amendment states that acceptance to combat units must be based on ability rather than gender, a truly life altering decision for females desiring to enlist.

The new law immediately led to the creation of the Caracal Battalion, named for a species of feline whose males and females have similar features. Caracal is a light infantry unit based on the Egyptian border. Its main duties are to prevent all forms of smuggling, terrorist infiltration and African migrants and refugees from entering Israel. Since 2009, women have comprised 70 percent of the battalion.

Due to the success of Caracal Battalion and Lions of Jordan, the IDF is gearing up to launch a third co-ed battalion. Called Bardelas (Hebrew for cheetah), it will be responsible for Israel’s southern Arava sector, which stretches from the Dead Sea to Eilat along Israel’s border with Jordan. The Cheetahs are expected to have an even 50-50 ratio of male and female fighters.

“We are proud of all of our IDF soldiers,” shared Dr. John A.I. Grossman, Chairman of LIBI USA. “We are also amazed at the nearly 2,000 women who have volunteered for fighter units. LIBI USA strives to do all that it can to make everyone’s Israeli army service as successful as possible.”

LIBI USA is responsible for providing IDF soldiers with all their educational, religious, medical and recreational needs, which fall outside of the army’s budget.

The new combat battalion is in urgent need of recreational facilities to allow the soldiers a place to unwind from their dangerous tasks and missions. “LIBI USA is presently raising funds to provide for six projects for the Cheetah battalion,” explained Grossman. “Each project costs between $15,000 and $62,500.”

The projects include both indoor and outdoor leisure areas which includes landscaping, water systems, and fencing, as well as a need to purchase a multitude of creature comforts such as furniture, sports equipment, television sets, computers, refreshment kiosks and so much more.

“We know that these leisure areas serve as a great morale boost for IDF soldiers who day and night give their all while guarding and defending the Jewish homeland,” continued Grossman. “In fact, we are all so grateful to significant donors that we invite them to meet with the Bardelas Combat Battalion personally.”

Donors may also attend the project’s inauguration and will be honored with a wall plaque noting their contributions. The soldiers, meanwhile, have been encouraged to write personal letters to donors and to include pictures in order to build a lasting friendship.

Women who serve in noncombat units, are conscripted for 24 months, while those who choose to fight must stay the same length of time as do men, 32 months. Despite this potential deterrent, the IDF has seen a 40 percent increase in women seeking to protect the Holy Land through combat service.

“The IDF has found that female fighters may have even more motivation to achieve than their male counterparts in order to prove themselves,” said Grossman. “They often have better aim at the firing range because they tend to have higher concentration and better discipline. But the mental and physical stress on all soldiers is taxing.”

The Israel Defense Forces is the most developed army in the world. Today, with its added emphasis on equal-opportunity for women, soldiers fill positions based solely on physical fortitude and determination.

“As our IDF soldiers are giving us their best, LIBI USA hopes to provide them with what they need to succeed at their missions,” reflected Grossman.