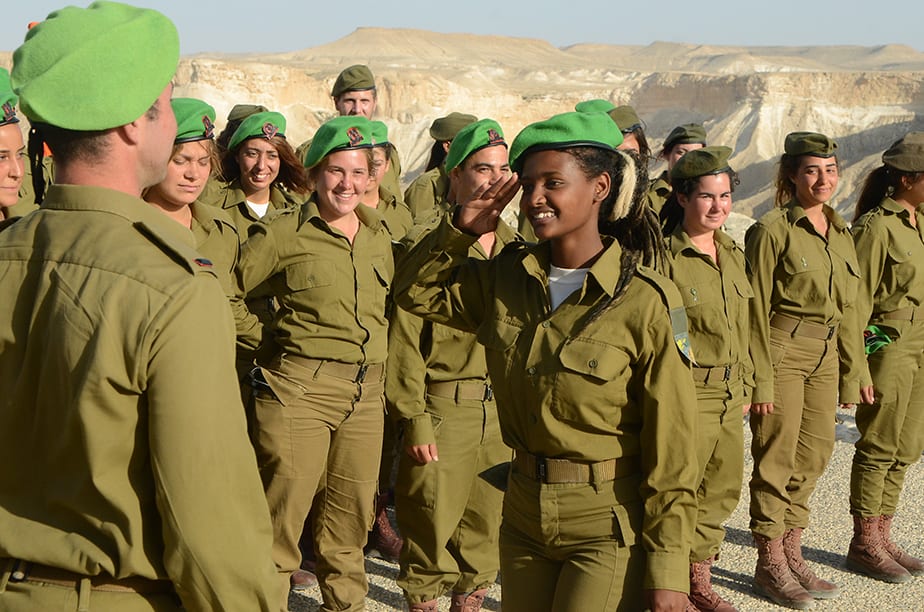 For the first time in the history of the Israel Defense Force (IDF), on January 25, male and female combat soldiers stood side-by-side to take their oath of allegiance at the traditional Western Wall ceremony. These soldiers are part of the IDF’s co-ed Caracal Battalion. Yet, on the heels of this achievement, heated debate continues concerning the roles of women in combat as well as the need to open additional combat opportunities for women.

“The IDF is recognized worldwide as an outstanding army,” noted Dr. John A.I. Grossman, Chairman of LIBI USA, the official fund of the IDF. “I believe that part of the love, pride and respect people have towards Israel is based on their positive feelings towards its army and the brave men and women who have served since the founding of the state.”

Over the past several years, the IDF has strived to become more gender egalitarian as well as more accommodating to the special requirements of Orthodox Jewish men. These two factors place particularly difficult challenges on the military as, in order for observant soldiers to maintain their religious convictions, they need, among other things, single-gender units and activities.

Though four years ago just 4 percent of front-line troops were women, today 7 percent are in combat units. By next year, the army is preparing for that number to rise to 9 percent. These statistics fly in the face of senior level Religious Zionist officials and certainly leaders in the ultra-Orthodox sector who have strongly condemned women from participating in combat.

“The IDF has always maintained the ideal of universal conscription,” continued Grossman. “It is not the position of LIBI USA to judge or criticize. It is our duty to continue to help and support Israeli soldiers. They dedicate their lives to keeping the Holy Land safe for all. We should dedicate ourselves to their welfare.”

Following the Suez Crisis in 1956 when Israel entered Egypt in order to gain back control of the Suez Canal, the Israeli newspaper Davar coined the phrase that the IDF is “the people’s army”.

The Israeli army maintains its forces both through mandatory enlistment as well as requiring yearly reserve duty of its discharged soldiers. This also means that the IDF is not only responsible for defending Israel’s national security but also plays a crucial social role in developing a sense of “one nation” among its ingathered exiles through welfare and education programs.

“As ‘the people’s army’, the IDF must find creative ways to integrate diverse segments of the population,” shared Grossman. “With the additional challenges of increased religious people’s enlistment and women in combat, LIBI USA is also increasing our determination to provide the army with needed funds to maintain the welfare, educational and religious programs that soldiers require for their future growth.”