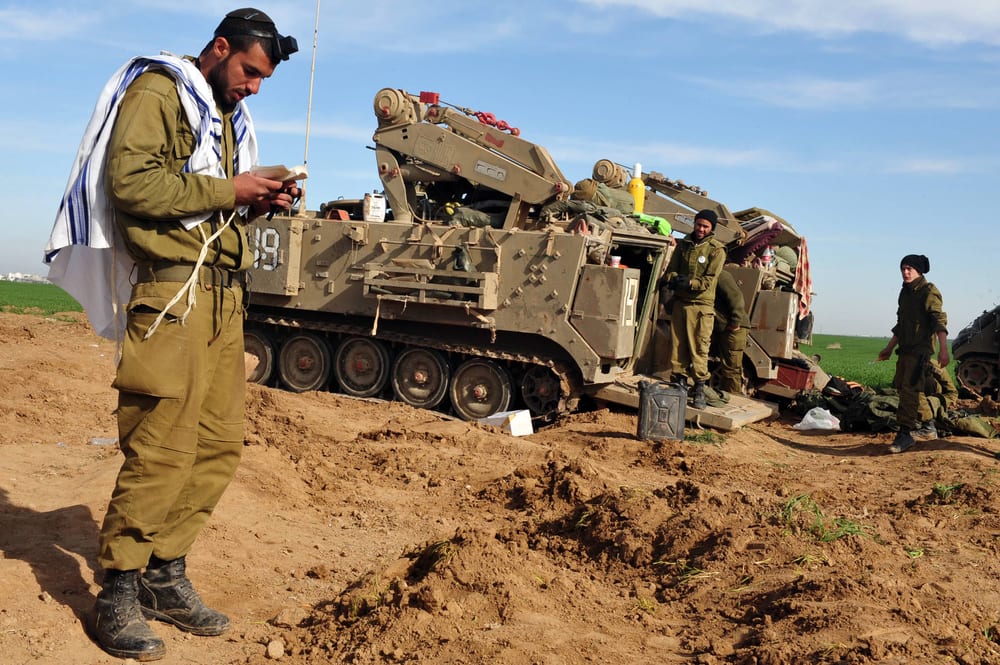 In an historic move, the Israel Defense Force (IDF) is preparing to open a special ultra-Orthodox paratrooper unit. Paratroopers (Tzanchanim in Hebrew) make up an elite unit in the IDF.

The Ministry of Defense is actively continuing its campaign to draft ultra-Orthodox people (Haredim in Hebrew) as part of their efforts to integrate this population into mainstream Israeli society.

Succeeding as a paratrooper involves a strenuous selection process. Most Israeli families are proud when their sons are accepted into Tzanchanim. However, for Haredim, joining the IDF carries a negative stigma.

Since the founding of the State of Israel, there has been an understanding that it stands on two legs. One leg is made up of the IDF and the other consists of those who pray for its welfare and study God’s word in yeshiva (religious seminaries).

Although conscription in Israel is officially compulsory for 18-year-old Jewish, Druze or Circassian citizens, about 50 percent of people in these populations receive exemptions. These include Arab and Bedouin citizens as well as those who refuse to serve for political or “conscience” reasons, those with”low motivation”, citizens with a criminal record, students studying in yeshiva, or those with physical or psychological limitations.

Special considerations are also made for artists and musicians. Therefore, yeshiva students who declare that “Torah study is their artistry” (Torato Omanuto in Hebrew) can delay conscription or possibly avoid serving altogether as long as they continue their studies. This is possible under the Tal Law.

Many religious Jews do serve. Since 1999, Jews who fall into the Religious Zionist sector, as opposed to Haredim, have served in the IDF through units called Netzah Yehuda. These special units combine advanced Talmudic studies with military service. Soldiers in Netzah Yehuda are often singled out for being the most highly motivated and highly decorated soldiers in the IDF.

However, Haredim tend to have more rigorous religious requirements than Religious Zionists. Therefore, the new ultra-Orthodox units will have stricter rules for keeping kosher than the usual army standard (all army food is kosher), serve on bases free of female soldiers, as Haredim do not mix with with the opposite sex unless they are family or married, and provide extra time for prayer and Bible study.

In 2012, Israeli politician and former news anchor Yair Lapid pushed for an “equal share of the burden” for all Israeli citizens. Many Haredim consider Lapid’s plan a possible “spiritual holocaust” to disrupt their Jewish studies and insular way of life.

“Establishing the ultra-Orthodox IDF unit successfully is no easy task,” explained Dr. John A.I. Grossman, Chairman of LIBI USA, the only official fund of the IDF. “There are many unique needs to this population and LIBI is on-board to make this transition as smooth as possible.”

Brigadier General Yehiel Gozal, CEO of The LIBI Fund, explained to Breaking Israel News that LIBI treats all ultra-Orthodox soldiers as lone soldiers, a term used for people with no family in Israel or for people estranged from their families.

“Often, Haredim are ostracized from their families for joining the army,” Gozal said. “It is not our job to judge. But, it is our job to help as much as possible. LIBI does this through providing housing, giving shopping vouchers, especially before the holidays, and providing anything soldiers need which fall outside of the army budget. For example, we are now raising funds to build a synagogue in the area where the religious soldiers will be living.”

“We have found that many Haredim want to serve in the army if special considerations are made to accommodate their religious needs,” continued Grossman
. “LIBI does not get involved with the political side of this discussion. It is our job to ensure that every soldier has what they need to succeed once they join the IDF.”

3,200 ultra-Orthodox men are expected to draft in 2017. The first round of draftees to the ultra-Orthodox paratroopers unit will enlist this November. Should this unit succeed, similar tank units will be established.

Deputy Defense Minister Eli Ben-Dahan has lead the initiative to draft more ultra-Orthodox into the IDF. In a statement reported by Ynet News, Ben-Dahan said, “There’s no doubt that this is a positive step in terms of IDF service for the ultra-Orthodox. Them joining the paratroopers battalion – one of the most prestigious in the IDF – is an important milestone in their full integration.”