Hundred-Year-Old Holocaust Survivor is Dedicated to the IDF 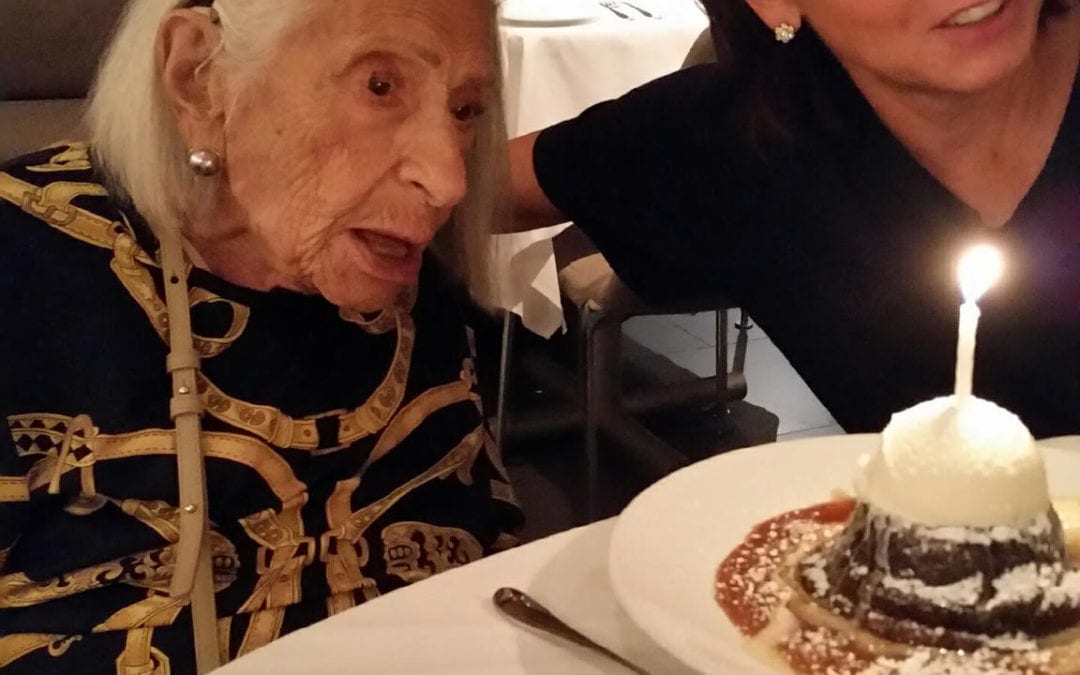 Born in 1917, Holocaust survivor Marysia Skura Green not only survived the atrocities of World War II and lived to celebrate her 100th birthday recently, but also went on to raise a successful family and proudly support the Israeli army (IDF) through her generous charitable donations.

Following her husband Isio’s death 12 years ago, Marysia came to Israel to dedicate a club for the soldiers in his memory and in memory of his brother, Joseph Green, at Palmachim Air Base in central Israel. Her deep appreciation and support for the IDF through American Friends of LIBI brings her continuous joy.

Green shared her story. Her entire family, except for one brother and one sister, were murdered by the Nazis in the Auschwitz concentration camp. She herself went through endless miracles to survive the war. One story that she shared was how she met her husband, Isio Green.

In November 1943, Isio was working with the Zionist underground organization supported by Raoul Wallenberg, called the Grupa. He was making false ID cards for Jews trying to escape Nazi persecution. They also worked to transport orphaned children to the Romanian border in order to help them escape to Palestine.

At that time, a friend from the Grupa introduced Isio to Marysia. “Isio always said that from the moment he saw me, he knew that we were meant to be together,” smiled Marysia. “We were married March 12, 1944. Though it was an Orthodox Jewish ceremony, all of our Jewish friends and guests, and even the esteemed Rabbi Halberstam, were carrying false gentile papers for survival.”

For their honeymoon, the new couple went on a cruise. The German army suddenly occupied Hungary and their boat was forced to return to Budapest. The German police forced all passengers to disembark in order to check identification. Passengers quickly disposed of any identifying paperwork, which included the Greens’ destroying their six-day-old marriage certificate.

For a brief time, Marysia was held prisoner in a Gestapo headquarters. Due to their work in the underground, Isio discovered where she was being held. A gentile friend manag

ed to bring her items to induce a dramatic skin allergy, leading the Nazis to assume that she had scarlet fever. As hoped, Marysia was sent to a hospital as she appeared seriously ill. Left alone for a moment at the hospital, she managed to escape the harrowing ordeal.

The couple happily reunited. When the war ended in 1945, they hoped to fulfill their dream of living in Palestine. Instead, they were placed in a Displaced Person (D.P.) camp outside of Munich along with others who had survived the concentration camps and had nowhere else to go.

The Greens merited to have two children, both successful physicians. “We have been fortunate to have built a wonderful life, in spite of the hardships and losses we suffered during the war,” shared Green. “About ten years ago, I heard that there are grassroots efforts to help IDF soldiers with their education and welfare needs outside of the army’s budget. As a survivor, I never dreamed that there would be a Jewish state with a brave army to fight our enemies. Now that we have this, it is my honor to support them.”

“People wonder what I want for my 100th birthday. I ask them to remember the 6 million who were murdered during the Holocaust and that if we had a strong Israeli army at that time, that horrific period would not have happened. So, I ask people to support American Friends of LIBI and I bless everyone to live long, healthful and wonderful lives.”