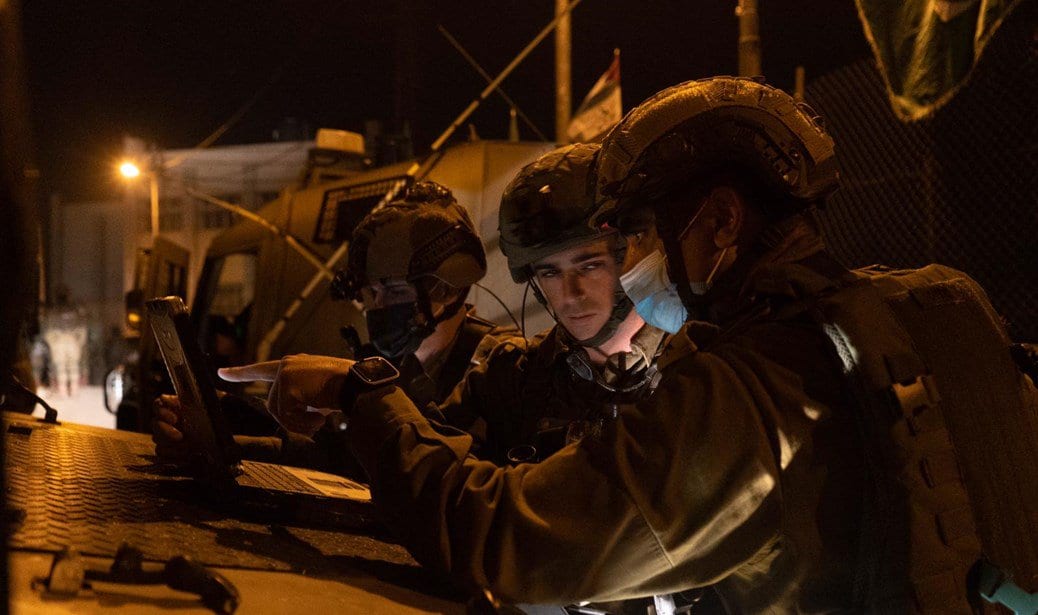 A joint operation by the IDF and Israeli Intelligence arrested a number of suspects involved in a recent stone-throwing attack.

In a large-scale operation by IDF forces following newfound intelligence information, a number of suspects were arrested in the village of Deir Nizam in the area of ​​the Ephraim Territorial Brigade in association with a stone-throwing attack in which a civilian was seriously injured yesterday.

IDF fighters are continuing their operations in the area and in the village of Deir Nizam until the hunt and the investigation are completed in their mission to protect the security of civilians in Judea and Samaria.

Preliminary investigations show that, yesterday, an Israeli citizen traveling in a car with her children near the village was injured after a number of Palestinian suspects threw stones at the vehicle she was driving and hit her head and windshield. The wounded woman was quickly evacuated for emergency medical treatment.