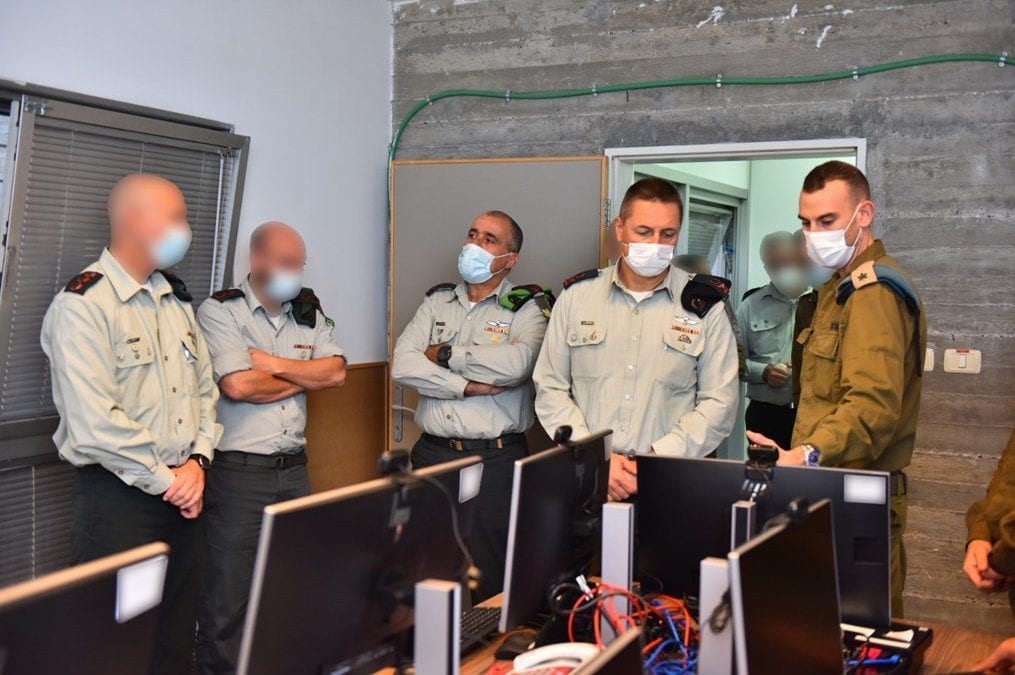 “The operation will be limited and will develop over time,” said IDF Spokesman Brigadier General Hedi Zilberman. “By the end of the first week, according to the plan, 6,000 civil servants will be vaccinated, according to the General Staff’s priority set.”

“Our vaccine inventory have been approved for use in accordance with the standards we have defined, which includes the number of medics who will deal with the vaccine, the storage and cooling procedures for the vaccines and the number of absorption positions for patients,” the IDF spokesman added.

“In the near future,” continued Brigadier General Zilberman, “we will be prepared to expand the scope of our reach to 17 active, approved locations at which to administer the vaccines.”

“The vaccination in the units will be done gradually, in parallel with the vaccinations allotted per location, and we expect that we will complete the vaccination mission for all IDF commanders and soldiers within a few months,” the IDF Spokesman noted.

The vaccine comes in 975-dose trays, which cannot be disassembled. Each vial contains five to six doses that must be used within six hours of opening. At this stage, the IDF received 50,000 vaccine doses from the Ministry of Health which will allow them to administer 25,000 doses.

“It will be performed by medical staff and under the supervision of qualified nurses, to ensure as professional a treatment as possible during the immunization process.

After vaccination, each vaccinated person will remain under observation for fifteen minutes and will be released if he feels well. After 21-30 days, the soldier will be required to arrive for the delivery of second vaccine dose, in accordance with the guidelines of the Ministry of Health. After a week from that day, they will be defined as vaccinated against the virus.

“The division will allow us to maintain our fitness and functional continuity, and ensure the health of the soldiers. This week, priority will be given to two types of populations – the first – the military medical staff who are at the forefront of the fight against the virus, followed by servants at high risk (hypertension, diabetes, kidney disease, etc.) “On the order of 6,000 servants,” says an IDF spokesman.

Two other groups will be vaccinated this week, both senior officers – including General Staff commanders of corps and commands, who want to serve as examples, as well as  units  with teams specific  to them have combat operations, important to ensure the  eligibility of the soldiers for their implementation.  “The next week, planning to vaccinate between 12 to 17,000 servants, “the IDF spokesman added.

The Personnel Division will summon the servants in the risk groups defined as the first-time pulse warehouses. He will do this through a dedicated call center, set up for the benefit of the campaign, and will be used to schedule appointments, clarify and direct general questions.

Once a situation assessment is in place, it will be decided how to proceed, with the following populations being officers and counters over the age of 40 and units essential to the operational edge. Only at the end will the training bases and the rest of the IDF units be vaccinated – all according to the amount of vaccines that will arrive.

“The prioritization, approved by the chief of staff, is intended to ensure a proper internal military routine and to prevent harm to the ability of systems essential to the functioning of the IDF. We believe that in a few weeks we will be able to vaccinate all the servants, it is likely as it seems at the moment that it will be similar to what is happening in Israeli society, “says Brigadier General Zilberman.

For the benefit of the operation, an IDF vaccination directorate was established at the ATL, which will liaise between all the vaccination centers and take care of the operation of the complexes and the supply of inventory and problem solving. In addition, the director will reflect to the army commanders an updated situation. The Deputy Chief of Staff, who is in charge of the entire issue of the IDF’s corona, will regularly monitor progress in accordance with the target  .

To encourage servants to get vaccinated, there will be an extensive advocacy campaign at all bases under the heading “I’m sure to get vaccinated.” Its purpose is to make it clear to servants that the vaccine is life-saving and safe to use. The information will be passed on to the servants through the commanders and on the IDF’s digital platforms, and will include relevant information, answers to questions and instructional videos.

In addition, those serving will have access to the “Voice of the Heart” call center, the call center of the Medical Corps, which will be strengthened and will be available for medical questions and inquiries regarding the vaccine’s and its effects. Servants will also be able to find out and ask about the vaccine at the unit clinics.