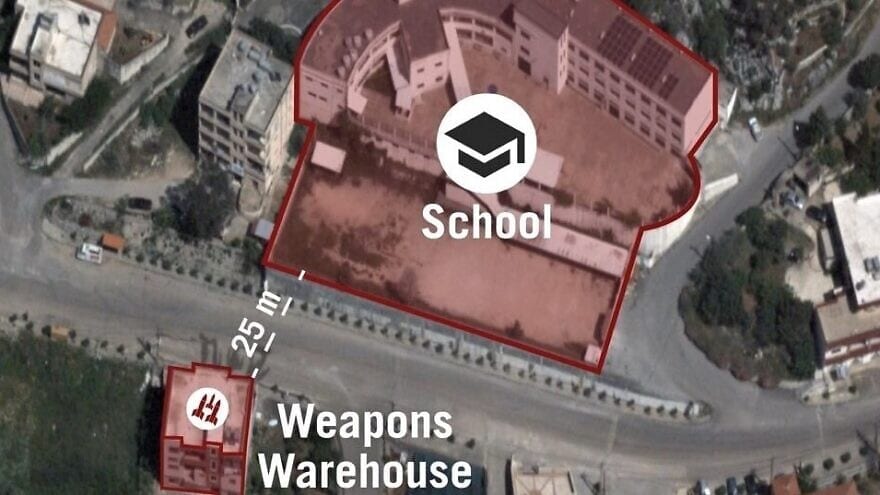 On Twitter, the IDF said: “Our intelligence can reveal that Hezbollah has built a weapons warehouse just 25 meters from a school in the village of Ebba, Lebanon. This endangers the lives of 300 children who attend the school. Hezbollah doesn’t want you to RT this, but these innocent children need you to.”

After releasing the statement, the IDF then proceeded to tweet the exact location of the warehouse. The warehouse can be found in the small village of Ebba, which is located in Southern Lebanon.

Additionally, the IDF released an animated simulation video depicting the structure of the building and the rockets, launchers, and munitions it contains.

The IDF has been at the forefront of exposing Hezbollah’s activities through social media over the past couple of years. This is an apparent effort to warn, deter, and increase pressure on Hezbollah-the Iranian-backed terror organization.

Efforts like these are a clear demonstration of Israel’s vast intelligence capabilities and coverage of terror groups worldwide.