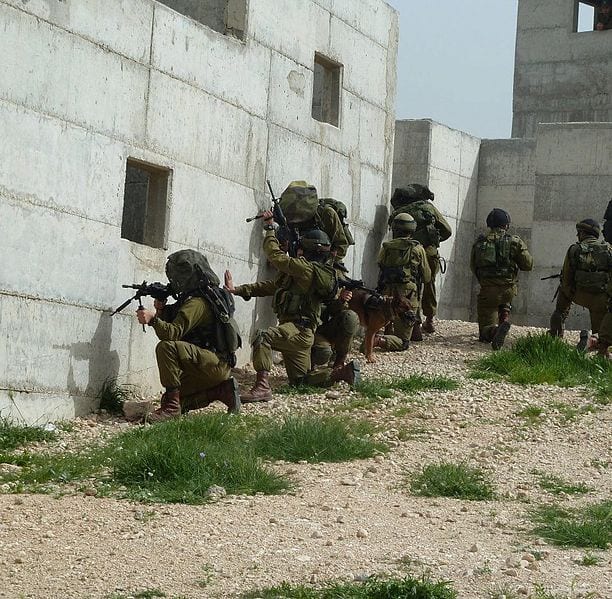 In a move meant to stem the tide of Palestinian terrorists crossing illegally into Israel, especially in areas of Jerusalem where the Israel Defense Force (IDF) lacks a presence, IDF Chief of Staff Lt.-Gen. Gadi Eisenkot approved a plan to increase cooperation between local security officials and the IDF. The move is meant to improve communication and stop terror in its tracks.

“Though we are grateful that terror attacks in Israel decreased in 2017 from 2016, unfortunately, more Israelis were murdered,” noted Dr. John A.I. Grossman, Chairman of LIBI USA, an organization which provides for the welfare of Israel’s soldiers. “Until terrorists stop their bombings, stabbings, car rammings and shooting of Israel’s soldiers and civilians, IDF soldiers must be supported in their efforts to protect those in the Holy Land.”

In order to stop terror before it happens, the IDF has restructured its brigades and increased cooperation with Jerusalem police and authorities in nearby West Bank areas. IDF Spokesman Brig.-Gen. Ronen Manelis stated to military reporters that the plan includes a joint-operations room for all security authorities. Manelis explained the need for the new operative as there has been a rise in Palestinians crossing into areas which lack an IDF presence, bringing an increase in terror and terrorist attempts.

The arrangement was drafted by General Staff officers over the past few months and included insights by Judea and Samaria Division former commander Brig. Gen. Lior Carmeli and Binyamin Regional Brigade commander Col. Yuval Guez. The key to the proposal is to focus defense officials, police, and border police on areas of East Jerusalem outside the security barrier.

In 2017, 20 Israelis were killed and 169 were wounded in 99 terrorist attacks originating in the West Bank. Striving to combat terror, security forces, including the Shin Bet intelligence agency, IDF, and police, have increased efforts to find, shut down and confiscate workshops producing illegal weapons. In addition, they carry out near-nightly raids in the West Bank, greatly reducing the number of illegal explosive devices and other weapons meant for terrorists.

Counterterrorism 2017 reports note that the IDF arrested 3,617 Palestinians, many of whom were found through intelligence monitoring the social media activity of persons who expressed publicly their desire to attack or inspire others to do so. Additionally, Shin Bet chief Nadav Argaman stated that some 1,100 potential lone wolf attacks in 2017 were prevented, significantly up from the 400 stopped in 2016.

“We continue to pray for the safety and welfare of all of our security personnel and Israel’s citizens,” said Grossman. “We thank and salute all those who put their own lives on the line in order to save the lives of others.”