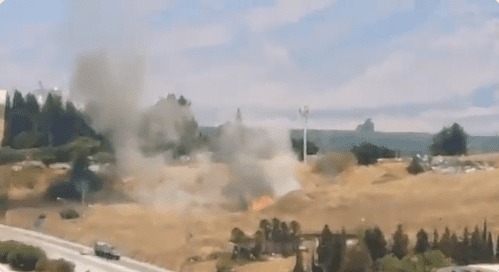 Early Wednesday morning, three rockets were fired into Israel from Lebanon. IDF artillery units quickly responded to the Hezbollah rocket attacks. The IDF forces fired at multiple targets responsible for firing missiles in Lebanon in response to the attacks.

Of the three rockets fired at Israel, only two of them fell on the Israeli side of the border, with the last rocket falling short and landing in Lebanese territory. Thankfully, no injuries were reported, but Israel Magen David Adom noted that four people were being treated for stress. According to the Israel Defense Forces, air raid sirens were sounded in Kirat Shmona, Kfar Giladi, and Tel Hai.

Starting next week, the IDF will begin preparing for any sort of escalation with Lebanon. The exercise, “Sunbeam,” will test the readiness of soldiers during a potential escalation with Hezbollah. The IDF said that the drill could last for a couple of days.