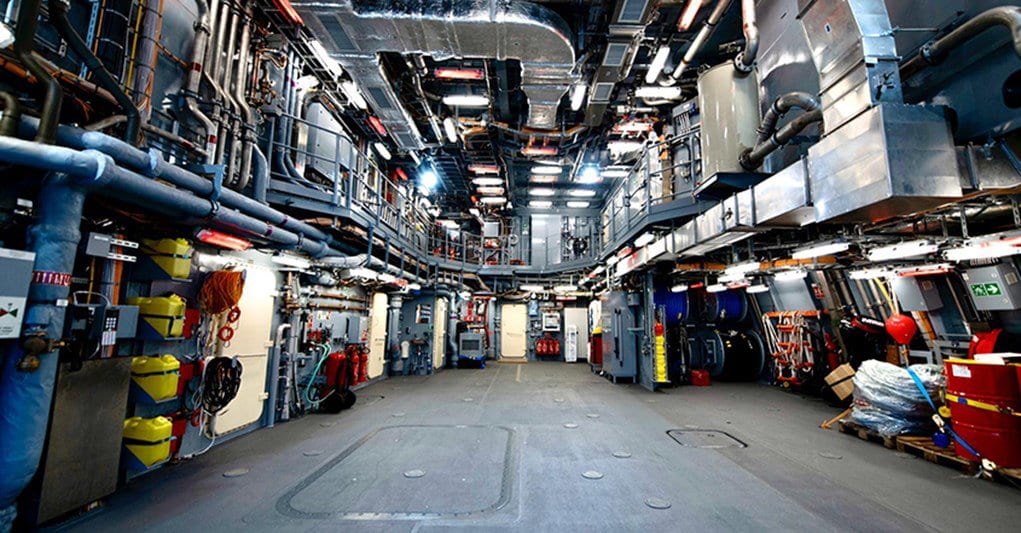 In the coming weeks, after years of hard work and extensive preparation, the 3-member Magen missile ship will join Israel’s fleet.

The arrival of the Assault Ship 6 is considered a significant milestone in the process of arms intensification and in the effort to protect Israel’s economic watershed. An IDF reporter spoke with the head of the director of the ship, Lt. Col. G,:

“During the period in which the ships were built in Germany, the members of the arm worked hard to develop blue-and-white combat systems to serve the operational purpose of protecting our economic naval zone,” he explained.

The systems of the Assault Ship 6 can be divided into three main categories, according to the capabilities they provide to the ship: infrastructure capability, image detection, and construction capability and purpose capability. “A total of about 20 systems are installed in the ship, the vast majority of which are based on new technology, and provide advanced capabilities from what we know,” he declared.

The infrastructure systems are the navigation, computing and communication systems inside and outside the ship. A special pride for the IDF is the ship’s Data Center system: “This is a huge computer system that connects the entire ship and enables it capabilities adapted to 2020, for example dealing with a massive amount of data, real-time monitoring of all information from different systems, integration of New systems and future growth capacity “, Lt. Col. G. specified.

The next type of systems refers to the detection, identification and construction of an image in space, such as a “mighty” radar, advanced LA (electronic warfare) systems and a state-of-the-art command and control system, developed by arm engineers, and installed for the first time in assault ships 6.

“The ‘mighty’ radar is a new and improved version of the radar that exists today in the 5th storms, with advanced capabilities for detecting targets at much longer ranges,” emphasized Lt. Col. G. “The combination of these systems will lead to a significant leap in detection capabilities. And the control and supervision we have in the arm. ”

The third group, Purpose Systems, includes the ship’s assault and defense systems, such as interceptor missiles, an improved 76 cannon, state-of-the-art sea-to-sea missiles and the ability to carry a Seahawk helicopter. As part of the air defense system, two different types of interceptors will be installed in the 6 assault ships: one short-range and one long-range.

“The interception systems will be integrated in a structured manner as part of the ship,” Lt. Col. C. pointed out, in contrast to previous ships in which external systems of the air and space arm were installed.

The ability to integrate a large number of systems is based on the dimensions of the protective ships, which extend over about ninety meters, and repulsion is twice as large as that of the assault ships.

“The dimensions of the ship allow for stability when sailing at sea, carrying larger amounts of interceptors and weapons and, of course, also perishable resources such as food and fuel,” Lt. Col. G. explained. This allows a longer stay at sea for the ship’s crew.

“Naturally, the size of the ship allows for more comfortable living conditions than exist today in naval ships, even at the level of the ship’s crew’s personal and public space,” he added.

These changes in the size and infrastructure of the ship will, for the first time, allow a significant increase in the number of fighters serving on the ships. “Our goal is to include 25% women fighters in the team,” noted Lt. Col. G.

Another significant capability that has been improved in the Storm 6 ships, is the terrain grip and aerial picture. Here, Lt. Col. G. emphasized two layers: “The first layer is the ability to hold an independent space, i.e. the ship’s ability to hold space alone, as a single brick in space. “Thanks to the modern systems and the fact that it is a high-flying ship, we will be able to detect threats from long distances – and thus gain valuable response time that will allow the protection of several strategic sites at the same time.”

The second tier is the multidimensional integration for the entire IDF. “We are linked to the terrestrial air defense system, which serves as a force multiplier in detecting threats. “When the terrestrial system detects the threat, the information immediately passes to the ship, which is an advantage we have nowhere else in the Naval Arm of the IDF.”

Well, it seems that the assault ships 6 bring with them new systems, advanced capabilities and even in line during the promotion of gender equality in the IDF. All with one goal – to keep our waters safe.