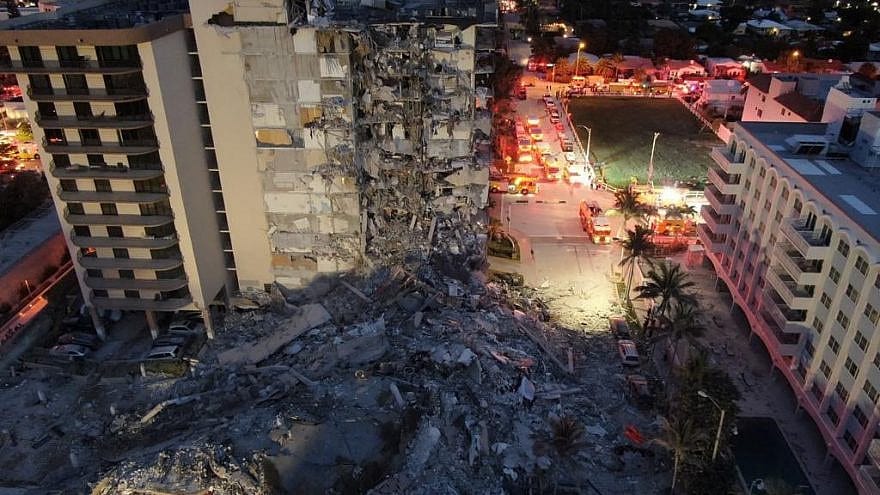 Israel has sent an elite IDF engineering team to Florida to help in recovery efforts following the collapse of a 12-story condo in Surfside, Florida on Thursday morning.

The delegation will assist in rescue efforts by mapping out the disaster site, identifying victims and survivors and supporting local rescue forces, the military said in a statement. The delegation is being led by Col. (res.) Golan Vach, commander of the National Rescue Unit in the IDF Home Front Command, and includes Foreign Ministry representative Guy Giladi, Israel’s former Deputy Consul General in Miami.

The death count rose to five on Saturday evening as another body was pulled from the rubble. There are close to 160 people missing following the collapse of the Champlain Towers South.

What led to the disaster is still unknown. A 2018 engineering report found “major structural damage” to a concrete slab supporting the building’s ground-floor pool deck, the AP reported on Sunday. The report warned that “failure to replace the waterproofing in the near future will cause the extent of the concrete deterioration to expand exponentially.”

Israel stands by the U.S. at this difficult time, said Bennett, adding that everyone is praying for the well-being of the wounded. The premier added that he had instructed all Israeli government agencies to render whatever assistance may be requested.