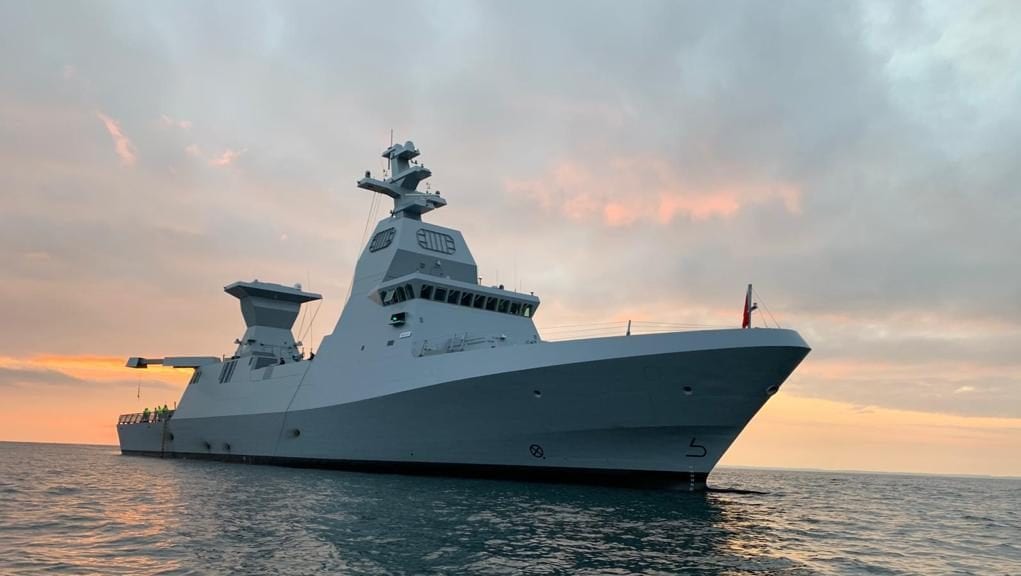 After years of preparation, the new “Saar 6” missile cruiser is finally going to sail to the shores of Israel.

At the end of a long process of construction and preparations in Germany, the new “Saar 6” will replace its flag with the Israeli maritime flag and will officially pass into the hands of the IDF’s navy. Once she reaches Israel, local stylists will begin to prepare “Achi Magen” for her maiden voyage along Israel coasts, ending at her new home – the Haifa naval base.
The “Achi Magen” missile-rigged ship is one of the four new “Saar 6” fleet of ships which will protect Israel’s Mediterranean gas rigs and Exclusive Economic Zone (which is twice the size of the State of Israel itself).

Today, 70% of the country’s electricity output is produced by gas rigs and the percentages increase as time goes on. “These assets are essential to the functional continuity of the State of Israel, and the ability to protect them is critical,” explains the commander of the Navy, Major General Eliyahu Sharvit.
Apart from the gas rigs, 98% of the goods imported into Israeli territory arrive via sea routes and ports, which the “Saar 6” fleet will protected through their deployment along merchants’ shipping lanes.
Many options and solutions to combat the growing maritime threats were considered by the Israeli Navy’s top before they reached a verdict. “The best way to protect this space and the properties in it is ships, and the ‘Saar 6’s are an excellent and accurate answer to the operational need,” emphasizes Maj. Gen. Sharvit.
The new “Saar 6” ships have been specially engineered for the task of protecting Israel’s gas rigs and maritime trade routes – from the ship’s structure, to its radars and weaponry. It will include state-of-the-art systems for detecting and monitoring targets, allowing the navy to gather crucial intelligence. They are equipped with systems for intercepting CCTV missiles and long-range attack rockets by using sophisticated sea-to-sea missiles to intercept them.
In addition, “Saar 6” can stay longer at sea than a normal missile cruiser, dominate larger areas, contact all branches in the army and land a medium-sized helicopter on board.
To realize this ambitious vision, three Israeli engineers flew to Germany in 2015 with the aim of engineering a vessel that will serve as the IDF’s aquatic defense for the next 30 years. In 2017, after many experiments and the formation of the current model, construction began on missile cruiser “Achi Magen”.
Preparations for the cruiser in Germany were extensive – many forces from the navy participated in its construction.
When the “Achi Magen” missile cruiser arrives at Israel’s coasts, it will be fitted with modern sea combat systems, 90% of which are made in Israel. The process will take about a year and a half.
“After completing the process of installing the combat systems, ‘Achi Magen’ will enter full operational naval service and lead our mission of protecting the economic water and strategic assets of the State of Israel at sea,” concludes Maj. Gen. Sharvit.