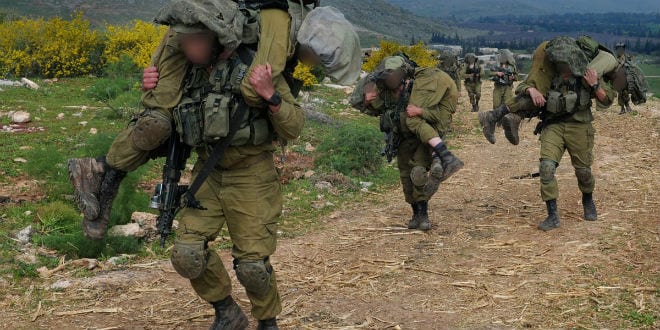 The non-profit LIBI USA is making an urgent “end of year” appeal to those seeking to strengthen the Israel Defense Forces (IDF). LIBI USA board members have united in order to double the donations received through Hanukkah up to $25,000. Donations will be used to arrange an important mass casualty drill with the IDF, field hospitals and Shaare Zedek Medical Center in Jerusalem.

“All tax-deductible donations to LIBI USA go directly to improving the welfare of Israel’s soldiers and lets them know that their dedication to protecting Israel and her citizens is appreciated,” said Dr. John A.I. Grossman, Chairman LIBI USA. “Though we pray that the skills learned during this training should never be needed, we know that it is crucial for our troops and medical teams to be well prepared for any tragic event.”

The drill will involve coordinating the Israeli army and their medics with field hospitals and Shaare Zedek Medical Center. They plan to set up a “smart” simulation by using medical mannequins so that caregivers can get almost real-time practice.

Use of medical mannequins is crucial to the success of training medical personnel, especially for emergency situations. Physicians become accustomed to performing a range of basic and advanced medical procedures by practicing on the human-like mannequins. They can train to insert an IV or catheter, do a tracheotomy or perform knee-joint arthroscopy, as well as practice CPR or any First Aid measures, for instance.

“We want to provide everything needed in order for this drill to effectively train all participants at the highest level,” continued Grossman. “These mannequins are expensive as they are very realistic and simulate human movement and responses to injury.”

According to Meir Amit Intelligence and Terrorism Information Center (ITIC), from September 2015 through November 2016, 42 people were killed in Palestinian terrorist attacks and 602 people (including four Palestinians) were injured. There were 167 stabbing attacks, 89 attempted stabbings, 116 shootings, 48 vehicular ramming attacks; and one bus bombing.

“We cannot underestimate the importance of ensuring that the IDF, medical personnel and Israel’s hospitals are prepared for anything which may come their way,” emphasized Grossman.

“LIBI USA is honored to have the opportunity to fund such an event and we are praying that our supporters feel the same way.”