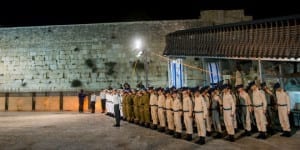 LIBI, established in 1980 to assist the Israel Defense Force (IDF) with meeting the educational, religious, medical and recreational needs of Israeli soldiers, has added a new member to its USA Board of Directors.

Though notably a busy woman, Karen D. Hurvitz is honored to help serve the IDF through joining the Board of Directors. “My commitment to the IDF and LIBI comes from my support of Israel and its soldiers, who pledge to protect not only Israelis but also Jews in danger all over the world,” she said.

Hurvitz resides in Massachusetts. She runs a law firm which concentrates on criminal defense, mediation, and general trial practice in the state and federal courts, and also teaches trial skills to attorneys and law students.

Her awareness of the importance of supporting Israeli soldiers started through her sons’ day school. “Their school had a partnership program with the Leo Baeck School in Haifa,” she explained. “In eighth grade, they spent two weeks in Haifa with Israelis their own age and we welcomed Israelis into our home in the United States.”

Through these relationships, the family became aware that all of their Israeli friends would soon be serving in the IDF. This realization had a considerable impact on the Hurvitz family.

Following several visits to the Holy Land, Hurvitz developed friendships with women who had served in the army and whose children were now serving. This resulted in a new appreciation for life in America, as well as concern for the situation in Israel. “The ease of life in America can unwittingly obscure the reality that faces Israelis every day,” she noted. “Israel is at a constant risk of destruction unless it remains vigilant and strong.”

ence between the life of young Americans and their Israeli counterparts.

Hurvitz is looking forward to helping LIBI USA by volunteering her time to the non-profit. “There is something uniquely special about this organization,” she said. “Over 95 percent of donations go directly to help improve the quality of life for IDF soldiers. That is something to be proud of.”

Although LIBI supports a wide range of programs, from sports clubs, Jewish awareness, bereavement groups, providing winter-wear and more, their lone soldier program is particularly close to Hurvitz’s heart. “I have a friend who immigrated from France to Israel when he was 23 and joined the IDF,” she explained. “Although he was proud to be an Israeli soldier, he missed his family and the emotional support they could provide. The lone soldier program really helped him get through his immigration successfully.”

Hurvitz ended by expressing her gratitude to Israel and its defenders. “Helping to support Israeli soldiers keeps Israel safe and strong and allows Israel to remain the unconditional home to the Jewish people.”