The Dangers of a Lone Wolf Terrorist 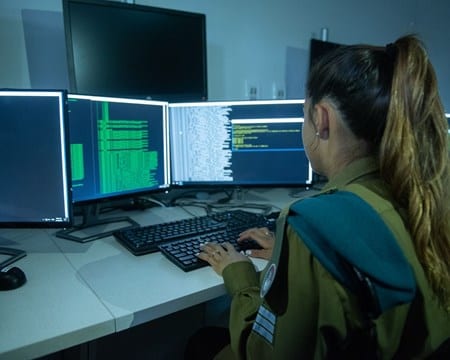 With the annexation of Judea and Samaria approaching, concerns have been increasingly raised about the potential wave of lone-wolf terror attacks it may bring. This makes sense – annexation is an incredibly sensitive issue for the Arab population, and on top of that, Israel is annexing the hotbed of lone-wolf terror activity in Israel. Since the beginning of the lone wolf terror phenomenon, the vast majority of the attacks took place in or immediately near the West Bank. So with the alarm bells ringing for Israel and the IDF, here’s what you need to know about them and how they can be stopped.

Lone Wolf attacks are generally considered to be completely unpredictable acts of terror, carried out by someone completely unaffiliated to any terror organization. Why are they so dangerous? Because of their lack of affiliation with a known terror organization, it’s close to impossible to gain intelligence on them. While Israel’s intelligence is focused on terror groups, and their activities including transfers of funds, weapons, and any other kind of movement – they can easily miss the one radicalized terrorist who plans his attack with a kitchen knife and no funding. That means they are for the most part unpredictable, and for a country whose strength lies in its intelligence, this can be a big issue.

There are those who argue that lone wolves really are not so alone, and there are ways to actually prevent these attacks. First of all, almost every one of these attacks can be traced back to incitement, usually by Hamas or the Palestinian Islamic Jihad.  They did not randomly decide to attack Israel, they were provoked and prodded into it by known terror groups. Second of all, most of these terrorists are not very shy about their goals, many times announcing on social media their intentions to be a martyr or publicly spreading the views of the known terror organizations. According to studies, many of the attacks are carried out by younger and poorer Arabs, making them more susceptible to radicalism, and usually don’t have much to lose. And specifically because of their radicalism, they can be very loud essentially announcing themselves as suspects for the IDF to pay attention to.

Still, even with these signs, it can be difficult to differentiate those who are dangerous to those who are not. It leaves intelligence agencies with a large list of potential suspects to deal with. But it is encouraging to know that there is a way to track back, and if there’s an army anywhere in the world that knows how to think creatively to fight terror – it’s the IDF!

Show the IDF Intelligence you support! Their Courage. Our Support.