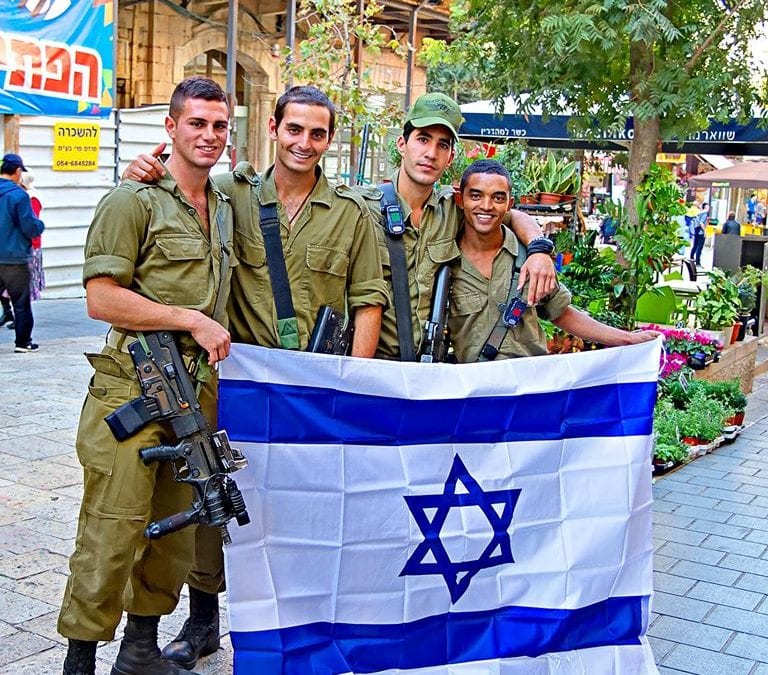 weblinkIn an effort to ensure that donations to Israeli Defense Force (IDF) soldiers are best utilized and fairly distributed to all units top 10 Best Laptops for Gaming, Israel’s Ministry of Defense called for the merging of two of its most dedicated organisations.

The LIBI Fund, established in 1980 by Prime Minister Menachem Begin and then IDF Chief of Staff Rafael Eitan, provided for the educational, religious, medical and recreational needs of Israeli soldiers which fell out of the IDF’s budget.

The Association for the Wellbeing of Israel’s Soldiers (AWIS), founded nearly 74 years ago, also promoted the wellbeing of soldiers in the areas of recreation, education, culture, and provided for the operation of operating Soldiers’ Homes, clubs and centers.

“Despite people’s best intents to support IDF soldiers, these two Israeli organizations were basically duplicating work, causing inefficiency,” explained Dr. John A.I. Grossman, Chairman of LIBI USA, to Breaking Israel News. “Last time I was in Israel, I sat with Brigadier General Yehiel Gozal, CEO of The LIBI Fund who explained the merger to me. We are very comfortable with this new direction and continue to be committed to strengthening support for IDF soldiers.”

This merger has been in the works for several years, following the Gaza Strip war in the in southern Israel in 2005. During the war, many collections for IDF soldiers popped-up to meet various needs. Money was collected for pizza, toothpaste, underwear, socks and more out of a sincere desire to help both the soldiers and the Ministry of Defense.

However, without an official organization overseeing these efforts, it became clear to the IDF that some units were receiving too much and others were not receiving anything at all. In addition, some funds were misallocated as there was no one overseeing what was happening in the field. The Ministry of Defense recognized that there was a need to get a better handle on the situation.

It has been official Israeli law that IDF soldiers can only receive gifts and extras outside of standard IDF supplies through either The LIBI Fund or AWIS. With this merger, the organizations have now received one name along with clearly defined responsibilities.

Now called in Hebrew Yachad L’Ma’an HaChayal (Together for the Soldiers), The LIBI Fund has the sole responsibility for raising money and AWIS is handling operations, such as the needs of soldiers on bases, recreation centers, buying gifts and extras, etc.

Prime Minister Benjamin Netanyahu originally nominated highly trusted, respected and beloved Major General Yoram Yair as Chairman over The LIBI Fund portion of the merger. However, the Ministry of Defense then asked Yair to chair both. Yair asked Gozal to be CEO of The LIBI Fund and has since merged the Board of Directors of both organizations as well.

“This merger has already saved the IDF an enormous amount of money,” shared Gozal. “Everyone now follows a clear chain of command for filling unit needs. Commanders send a list of needs. LIBI is then clear where to send donations to fulfill those requests.”

In another creative move from Gozal, the Brigadier General moved from hiring staff to make fundraising phone calls to having retired IDF soldiers volunteer their time to contact donors. “We have soldiers between the ages of 45-80 personally calling donors,” said Gozal. “People are excited to speak with real IDF soldiers and the soldiers are happy to help a cause so close to their hearts. It is a win win situation all around.”

Another benefit of the merger is that the Ministry of Defense now covers all administrative costs ensuring that all donations made to LIBI go to their intended purpose, to help Israeli soldiers. “LIBI USA was not directly affected by this merger,” continued Grossman. “We are continuing our efforts to raise needed funds to help all soldiers to have their needs met. However, it is wonderful that donations will now be able to serve our soldiers even more through this more efficient system.”