Miracles of the IDF 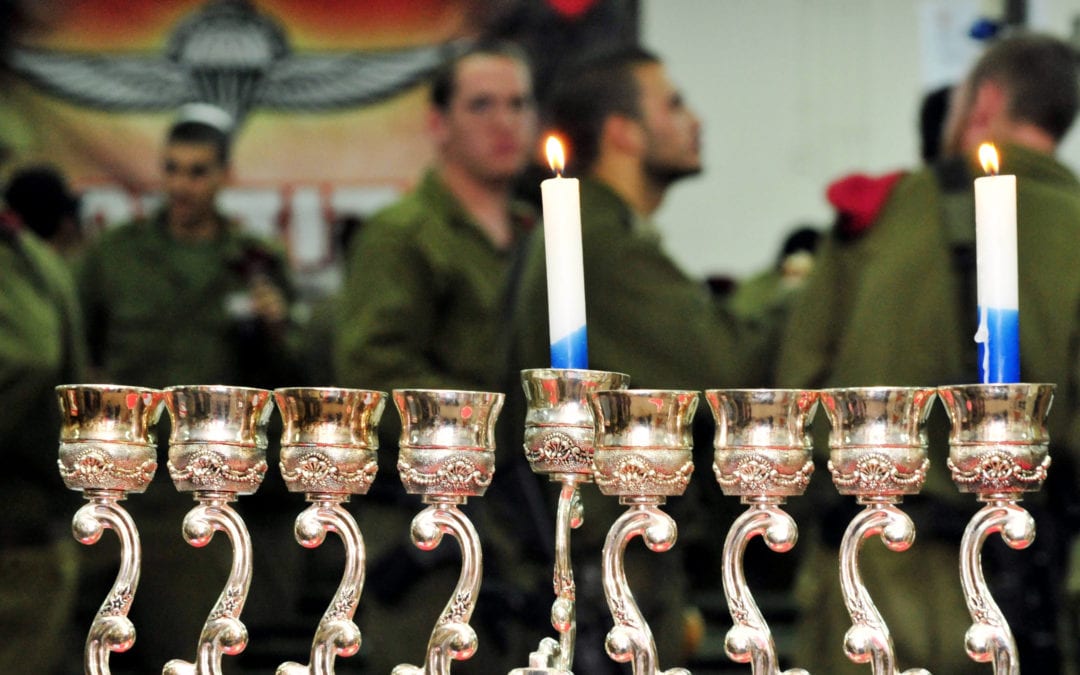 Chanukah is exactly a week from today. As Jews around the world will begin purchasing Chanukah gelt, candles, dreidels, presents and more, one of the common practices is to reflect on the good granted to us and the miracles in our day.

Soldiers in the IDF are not strangers to witnessing these types of miracles before their very eyes.

To help the Jewish nation feel inspired, as we read of reports of antisemitism throughout Europe and sadly the United States, below is a brief recap of 8 IDF miracles. We hope that you will join us, Chanukah and as we approach the end of the new year to help support American Friends of Libi and donate to the Warm Home Project.

(1) The Battle of Mishmar HaEmek
On April 4th 1948, Jewish residents and soldiers held off over one thousand troops of the Arab Liberation Army. The Arabs had attacked the kibbutz, but miraculously had to retreat.

(2) Capturing Mount Zion
During the Independence War, Ira Rappaport’s Israeli platoon fought the Jordanian military for Mount Zion. The Israelis, outnumbered by hundreds of bullets, witnessed the Jordanian soldiers suddenly drop their weapons. Years later, it was discovered that their main captain witnessed a vision of Abraham defending the Jews in the sky. This made them retreat.

(3) The Preemptive Strike
In 1967, Egypt began moving large forces and artillery to the Sinai desert. This was an act of war. Miraculously, the Egyptian code strategy was changed and Jordan was not updated. The order didn’t go through to launch  missiles on Israeli crafts as intended. Instead, Israel accomplished to destroy the Egyptian air force: two hundred and four Egyptian planes.

(4) Taking Back Jerusalem
June 5th marked the start of violent battles throughout the old city of East Jerusalem. On June 7th, silence befell the city. Checking for a trap, it was rather a miracle. Israeli forces entered East Jerusalem, and took the Temple Mount, reaching the Western Wall without even firing a single shot.

(5) Yom Kippur War
In 1973, while the entire country fasted for Yom Kippur, thousand of Egyptians invaded Israel. Young men left services to defend the country. Syria was gaining territory and logic dictates that Israel should have lost this war, but by the end, Israel somehow managed victorious!

(6) The Gas Attack That Never Was
During the Gulf War in 1991, Iraq threatened to use chemical weapons on Israel. However, it never occurred. Strangely, wind patterns changed and the U.S. military suggested that the odd weather changes served for Iraq to not detonate chemical warfare.

(7) Massacre Averted
In the Summer of 2015, it was discovered that Hamas was building tunnels to invade Israel.  Hamas terrorists scouted out an area by a nearby farming village of Sufa. At the time, the field was populated by tall wheat. However, a biblical mandate requiring farmers to harvest before taking a sabbatical year, ended up cutting down the harvest. The farmers located the tunnel and the terrorists were spotted. The massacre was avoided because of this miracle.

(8) 450 rockets from Gaza…with failed hits
As we recently all witnessed, the 450 rockets that pelted Israel from Gaza, causing minor casualties and the amazing results of the Iron Dome Defense system. In Southern Israel, two cars were 5 seconds away from being directly hit by two rockets. Footage from the highway showed the world the miss.

Help continue to show support of Israel’s strong army and give these young men and women much appreciation for putting themselves on the line for our nation.