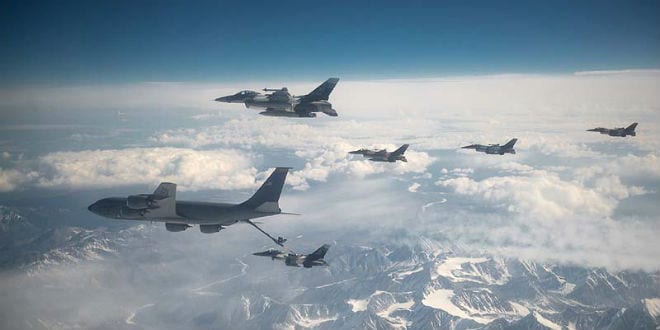 (June 27, 2019 / JNS) Israeli F-35 fighter jets participated this week in an international exercise alongside F-35s from the United States and United Kingdom, the Israel Defense Forces announced on Wednesday.

The exercise, the first of its kind, was dubbed “Tri-Lightning” (a reference to the aircraft’s official designation: Lockheed Martin F-35 Lightning II) and took place above the Mediterranean Sea. It involved F-35s from all three nations simulating combat against advanced aircraft and previous-generation fighters, in multiple scenarios, with the purpose of improving interoperability and coordination in air operations among the three countries.