“Religion and Politics Must Be Separate From Support of IDF Soldiers”: LIBI Chairman 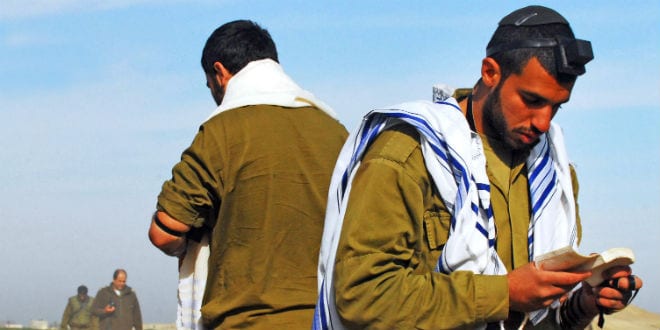 A new association called Tzav Ehad (One Command) has been established to help observant soldiers who feel that their religious conscience or beliefs are being challenged by serving in the Israel Defense Force (IDF). The group states that its purpose is “ensuring that all Jews are able to fulfill a Jewish lifestyle in the army.”

In general, food in the Israeli army is kosher and Jewish holidays are observed to various degrees, depending upon the unit. However, as the IDF strives to enlist more strictly Orthodox Jews, their desires for single-gender units and activities, better supervision of kosher food, the wearing of beards for religious purposes, providing time for prayers and the observance of Shabbat and holidays poses many challenges.

“The Israeli army is a conglomeration of people from all walks of life,” noted Dr. John A.I. Grossman, Chairman of LIBI USA. “Religious and secular Jews, men and women, Ashkenazi and Sephardim, Christians, Druze, Bedouins and new immigrants from all over the world serve. Uniting all of these people to protect Israel is an accomplishment.”

David Ben-Gurion’s dream for the Israeli army was to create an IDF of united people in service to the nation. Taking up that post, LIBI provides for the educational, religious and recreational needs of all of Israel’s soldiers. “We maintain an enormous budget to help soldiers wherever a need arises outside of the standard army budget,” explained Grossman. “Our team of volunteers is made up of all walks of life, just like the army.”

Though there have been complaints about insufficient kosher food, the forcing of beard cutting and the insistence that observant soldiers attend events against their religious beliefs, the Tzav Ehad website notes that it believes that the majority of these incidents occurred due to a lack of understanding and not through malice.

“We know that the IDF does what it can to support soldiers in every way possible and are happy to note that Tzav Ehad also plans to encourage positive attitudes towards religious soldiers,” said Grossman. “My service with LIBI, like the IDF, is a honor as we assist all soldiers so they can serve the Nation of Israel as productively as possible.”

With the IDF’s emphasis on not only defending Israel but also building responsible and caring citizens, politics, ideology and religion must not get in the way of the army’s purpose, to protect Israel and her citizens, he continued.

“LIBI USA recognizes that the army not only succeeds through its advanced equipment but through the quality of its soldiers. That’s what LIBI is all about. Ensuring that IDF soldiers have what they need to succeed.”