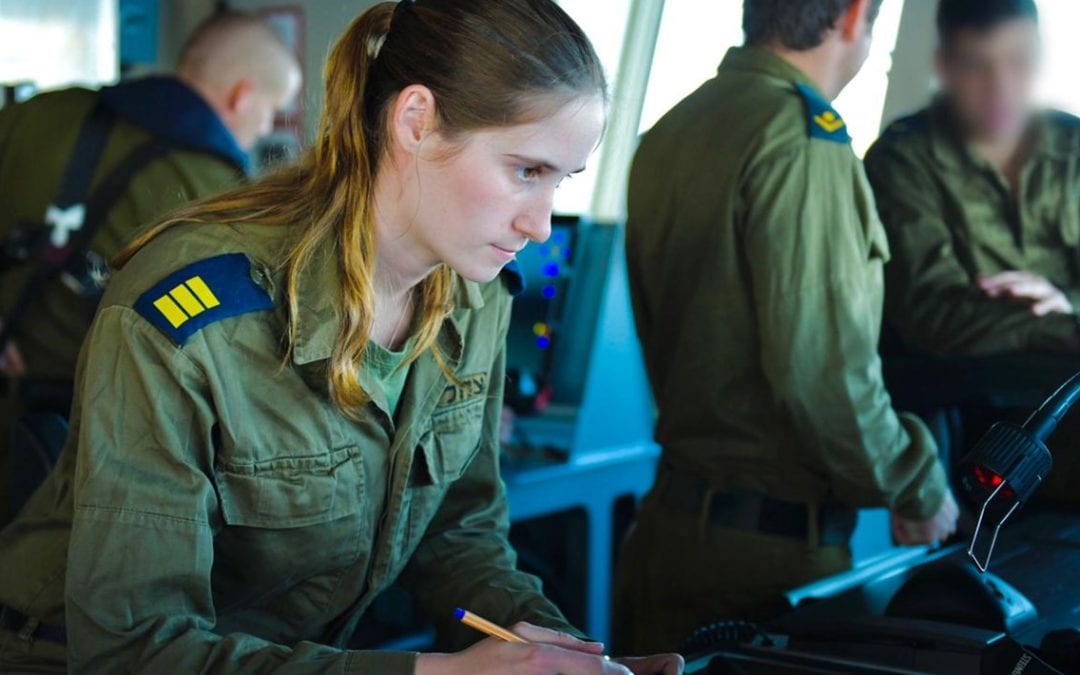 On the occasion of the arrival of the first “Saar 6” battleship to Israel, an IDF spokesperson conducted an interview with Captain Shira Kliger, the first captain of the formidable ship. She recounts the journey she has taken since deciding to join the Israel Navy: the challenges, successes and expectations for her ongoing voyage as a naval officer.

Captain Shira Kliger, 23, is the electronics and defense officer for the Magen missile ship, thus being the first seafarer to serve on the new Saar 6 ships. Last February, she moved to Germany, taking an active part in building the ship and preparing it so that it could sail to Israel .

“It all started in high school, when a friend offered me to go out with her to GDNA Hapoalim,” she recalls with a smile. “I was looking for a job that combines operational and command, and there I fell in love with the sea arm and realized I had found the right place for me.”

Captain Shira passed all the screenings successfully and passionately enrolled in an advanced seamanship course. “The physical, mental and academic challenges that the course created gave me a critical sense of the job,” she says. “Thanks to the obstacles I overcame in the course, I can proudly say that today I approach every problem in every field knowing that if I try and make an effort, I have the ability to succeed.”

Since then, Captain Shira has held a number of command positions in the naval arm – serving first on the missile cruiser Hanit Hanit, then moving to the ship Achi Lahav, and from there she continued to the PIM (Advanced Naval Command) course in Eilat. Finally, after completing the course, she joined the first crew of the new Assault Ship 6 as a member of the Magen Brigade.

“Already during a seafarers’ course, they talked to us about the Sa’ar 6 class ships that were to join the ranks of the sea arm, and the project attracted me very much,” she says. “I decided to take part in it because, in my eyes, it is a great mission and a great honor to serve my country. Although I missed Israel very much, It was still a privilege for me to stay in a foreign country and take part in the construction and execution process of this new ship.”

“Each missile ship in the sea arm has its own character. As the Sa’ar 6’s first crew, we have the capability to shape the character of this new vessel in whichever way we decide. To me, this is one of our most important missions.”

“I hope that we will always learn to understand the tremendous significance of the project in which we take part, that we will contribute as much as possible to the process of building the reputation of this missile cruiser and that we will continue to give all of ourselves to maintaining the security of Israel.” Since returning to Israel from Germany, Captain Shira has been working intensively in the operation and training of the Achi Magen ship’s crew. What is next for Shira? After her service at sea, she plans to join the IDF’s beachfront guard. “One thing is for sure: I do not plan to take my foot off the gas.”