Saluting the Protectors of Jerusalem on the Anniversary of its Reunification 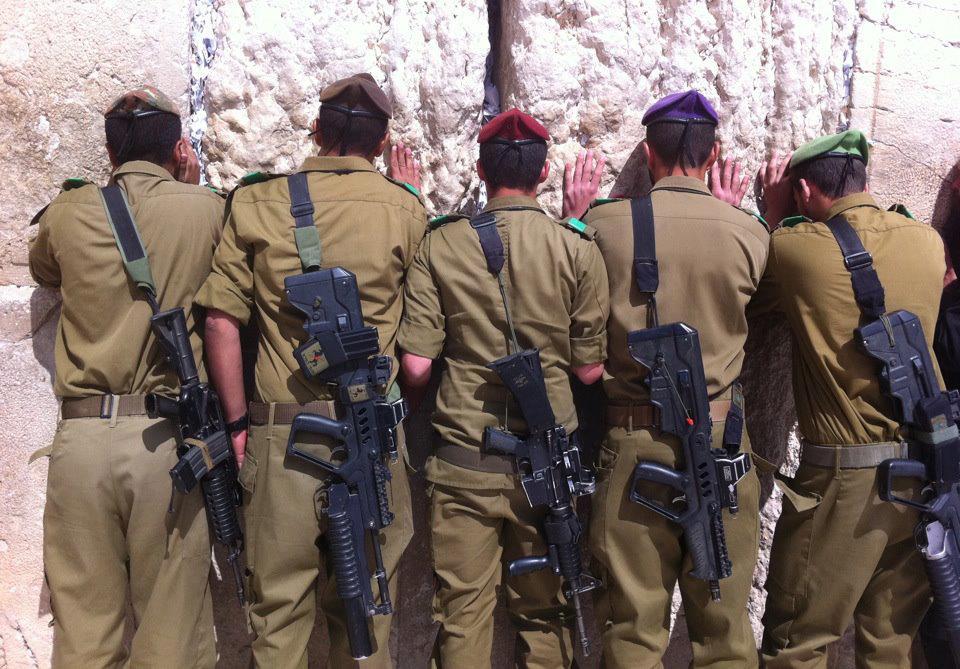 Today, Jews, Arabs, Christians, and tourists walk freely through most of Jerusalem’s Old City. On any given day, one can quietly sip a cup of coffee in the Muslim quarter, admire the wonder of the Church of the Holy Sepulchre in the Christian Quarter and slip a note in one of the many cracks of the Jewish Quarter’s Western Wall in the hope that God will hear one’s prayers.

But this wasn’t always the case.

Yes, the Jerusalem of today has its own set of security challenges, but those pale in comparison to life in the city between 1948 and 1967.

During that time, East Jerusalem was under Jordanian Occupation. Life in the Old City was miserable. Ducking Jordanian sniper fire was common and Jews were forbidden from accessing their most cherished holy sites – the Western Wall and Temple Mount. To add insult to injury, Jordanian soldiers would often use cemeteries in the Mount of Olives as latrines.

While Israel is blessed to have a robust military today, in the months leading to May of 1967, the sense of dread across the country and beyond was palpable. In Cairo, unruly protests would unfurl in the streets calling for death to Israel. Another Holocaust, it seemed, was imminent.

The Six-Day War, then, was a watershed event not just for Israel – which tripled in size – but it changed the face of Jerusalem. When a triumphant Lt. Gen. Mordechai “Motta” Gur, declared “Har Habayit B’Yadinu” (the Temple Mount is in our hands), it was a cry of relief for a generation of Jews who never thought they’d be able to worship in such sacred places ever again.

Moreover, the impact such a feat had on Holocaust survivors, who just a little over twenty years ago were on the verge of being wiped out entirely, can’t be stressed enough.

Upon seeing the Western Wall post-liberation for the very first time, Holocaust survivor, Elie Wiesel, couldn’t believe the awesome sight lying before him.

According to Hadassah Magazine, Wiesel said, “They tell me this is the Wall. No. I don’t believe it. I am not able — I am afraid to believe it. Deep down, of course, I realize that they are right, that indeed it is the very Wall — which Jew cannot recognize it instantly!.”

This ability for Jews to reclaim their narrative and assert their claim to Jerusalem was only made possible because of the IDF soldiers.

“Fifty-two years ago, our brave IDF soldiers did the impossible,” said Dr. John A.I. Grossman, Chairman of LIBI USA, the official welfare fund of the IDF. “They were up against four large and strong countries hell-bent on their destruction. But through sheer ingenuity and hope, they were able to emerge victoriously.”

That’s not to say the victory was not without sacrifice. The bloodiest battle of the war took place in Jerusalem’s Ammunition Hill, which saw 36 Israels and 71 Jordanians dead, is just a fraction of the lives lost in violence. In many ways, that battle tells the story of Israel itself – A David and Goliath story that won’t soon be forgotten.

That said, it was heroes in uniform like Gur, Uzi Narkis, Moshe Dayan, Yitzhak Rabin and Ariel Sharon who greatly contributed to Israel’s unprecedented win.

But Israel is also in debt to the soldiers who weren’t career military men. Young men like Arik Aichmon, who was a student at Hebrew University with zero intelligence experience before he was called for duty to serve under Gur’s command.

“Sometimes, when people think about soldiers they don’t realize that these are young kids themselves, who have a robust and full life outside of the military. When they’re called up for reserve duty they put that all behind in order to protect their country,” Grossman explained.

“This week, as we celebrate Jerusalem Day, we should remember their stories. Not just of the famous generals, two of whom went on to be prime ministers of Israel. But of the soldiers much lower in command, who carried out their orders to perfection. Because of them we have a united Jerusalem, the Golan Heights and the Israeli psyche is forever changed,” he added.

So as thousands of Jews flock to the streets of the Old City singing Am Yisrael Chai, every note should be a song of thanks not just for our country, but those who were on the frontlines then and continue to protect Israel now.

With donations from people from around the world, LIBI USA provides Israel’s soldiers with support, education, and assistance to help ease the burden of their service.