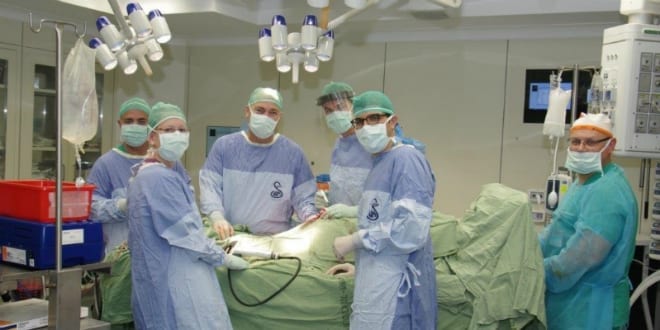 Earlier this month, an 18-month-old Palestinian girl, Shams Ismail, was sleeping soundly until a fire blazed in her house, engulfing the small child in flames. Her parents desperately attempted to break the door down, but to no avail. Firefighters arrived on the scene and tore down a wall, rescuing her. But it was almost too late. At the checkpoint, IDF soldiers saw that the girl needed to seek treatment quickly, or she would certainly die.

They rushed her to Sheba Medical Center at Tel Hashomer in critical condition. Normally, in such circumstances, doctors use skin grafts to treat burnt skin. But since the patient was so young and much of her body was scorched, the doctors at Sheba decided to take a risk and apply an innovative method never before done in Israel: they grew new skin in a lab from a sample of Ismail’s in an attempt to repair the damage. In 10 days, they were able to create enough new skin to cover the toddler’s entire stomach.

As a military whose aim is to save lives – both the lives of its own citizens as well as those abroad through its humanitarian missions, it is no surprise that the IDF plays a major part in Sheba Burn Unit’s uplifting story.