The Most Successful Start-Up Protecting the Jewish State 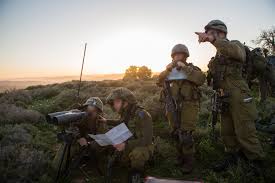 At face value, all armies share the same basic goal: protect its people.

But as anyone who has served in the IDF knows, the Israeli army has become a unique hub of innovation that many other armies wish to emulate.

General Aviv Kochavi, the IDF’s Chief of Staff explained that “the IDF itself is one of the country’s central economic growth engines.” As such, he says, the IDF helps provide jobs and with the move of its cyber hub to Beersheva, has helped enhance that geographical desirability of Israel’s South.

The IDF at its core is a hub of innovation and manpower. It takes young Israelis from all across the country and gives them the tools they need in order to succeed when they embark on a career outside of the military.

“Israel is a leader in innovation much thanks to compulsory service in its military,” Kochavi added.

Recruits, of course, need to go through a thorough round of physical and mental tests prior to enlistment. Those tests look beyond economic status, religion and – usually – even gender, to see what are the unique talents and abilities of each person. Then, once that person is placed in the unit that could best be served by those talents, they get to work.

“These men and women who serve and protect Israel, aren’t just fulfilling their civic duty. They’re being primed to be the best and the brightest Israel has to offer for the next generation,” Dr. John Grossman, Chairman of LIBI-USA, the official welfare fund of the IDF, marveled.

In fact, the IDF is drafting plans to create a whole division dedicated to innovation and the development of technological systems, according to a recent Globes article.

And while details regarding that division are hazy at the moment, the new division’s goal will be to develop and enhance weapons systems that will combat future threats and challenges the IDF is bound to face in the future.

Of course, the IDF is well-renowned for the systems it has already had a hand in creating like the Iron Dome – an anti-missile defense system that saved an untold number of lives during Operation Protective Edge in 2014.

As for the Iron Dome, the IDF is constantly working on improving not only that system but the alerts that notify civilians when rockets are launched at Israeli soil. This year, the Home Front Command revealed a new, more precise system informing civilians when they are in danger. Israel used to be divided into 255 alert areas, meaning that some would hear the harrowing siren even though they were nowhere near where the rocket was estimated to fall. Now, the country is divided into 1,700, making sure only those really susceptible to danger will have to drop everything and seek shelter.

It also boasts of an elite unit dedicated solely to cybersecurity and intelligence -Unit 8200. That highly secretive unit – that wasn’t even spoken about a decade go – is at the forefront of the combat the latest cyber warfare threats.

“When one thinks of the brave men and women who serve in the IDF, combat soldiers in the field are usually the first to come to mind. And although they should certainly be applauded for putting their lives on the line every day, let’s not forget these whip-smart young men and women who prevent Israel from succumbing to dangerous hacks that can cripple the entire country,” Grossman said.

And those threats are very real. As Yossi Melman, one of the top defense journalists in Israel, remarked, “Iran is trying to attack Israeli computers—civilian, military, intelligence—day and night.”

And, in many ways, the IDF becomes a training ground for these tech geniuses to make big waves once they’re released from the army. For Unit 8200 alone, its alumni have gone on to launch mega-companies like Waze, Check Point and Wix.

The unit is responsible for providing intelligence for many critical operations in Israel’s history. For example, it was 8200 intelligence that helped Israel bomb a Syrian nuclear reactor back in 2007.

These threats are constant and, in many cases, the public is only notified of IDF intelligence triumphs years after the fact.

“Whether it be underground, in the air or at sea, the IDF consistently creates new, unprecedented ways to keep the people of Israel safe,” Grossman said. “We owe our gratitude to their ingenuity and ability to think outside the box and it’s our obligation then, to ensure they are constantly operating in the most comfortable environment so they can continue to churn out these indispensable innovations.”