Things are Heating Up in Israel 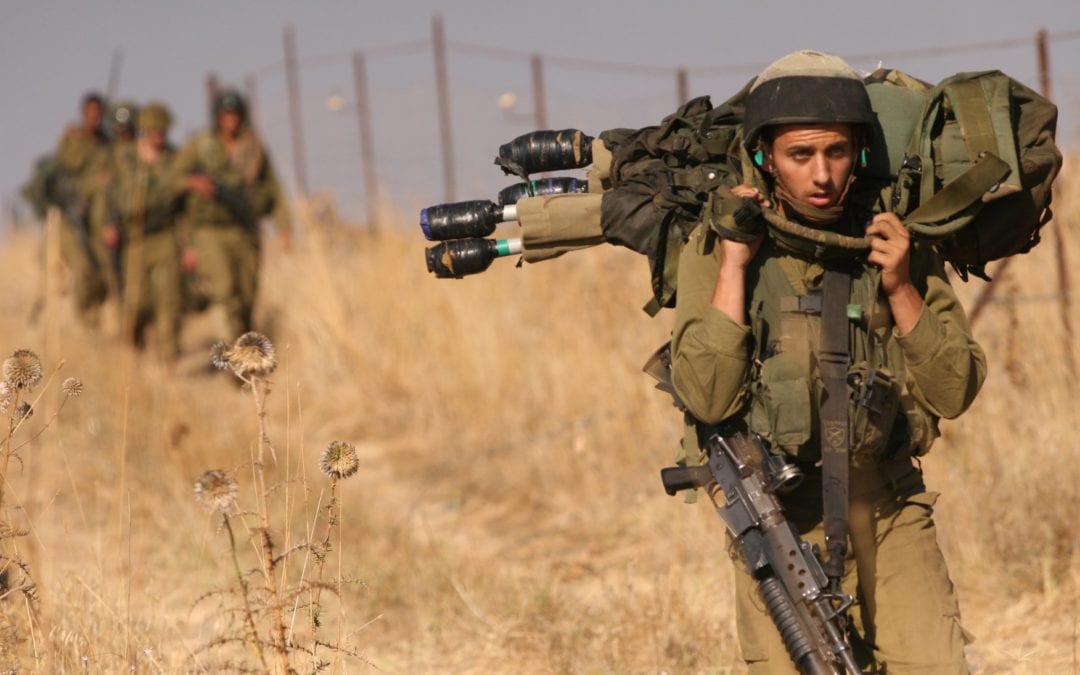 Imagine trekking in the sweltering heat, with a heavy backpack strapped over your shoulders, while carrying a heavy machine gun. The comforts of home are a distant memory, as you haven’t been home in days. The uniform, a barely tolerable cotton is suffocating during these summer months, when temperatures in Israel climb to 100 degrees and beyond.

The winter isn’t much kinder, as soldiers based in the Negev desert watch the knuckles of their fingers turn black from the early stages of frostbite.

The long hikes, endless hours staying alert and blisters and scabs all over the body are also just another part of the daunting gig.

This is the life of a combat soldier in the IDF.

Of course, no soldier enlists in the army expecting it to be a comforting experience. Every one of them – whether they are a combat soldier or a grunt – knows that every minute of their service means they are potentially sacrificing their lives for the Jewish state.

“It’s impossible to understate the sacrifices and hardships these young men and women go through everyday to protect Israel,” Dr. John Grossman, Chairman of LIBI USA, the official welfare fund of the IDF, said.

With donations from people from around the world, LIBI USA provides Israel’s soldiers with support, education, and assistance to help ease the burden of their service.

This summer alone was a daunting one.

Even the use of WhatsApp on their private phones is not safe. Just this week, the IDF Spokesperson’s Unit admitted that Hamas operatives were posing as Israeli soldiers and sent messages to them asking for them to divulge information future drills and exercises.

And when they’re off duty, daily life isn’t so easy either. Take a recent Jerusalem Post report, which claimed that soldiers have to wait weeks for doctors appointments and don’t receive the adequate medical care they need.

“Although the IDF does what it can to help soldiers, they too are overburdened,” Grossman explained. “At LIBI, we want to take the weight off their shoulders and make things easier for all involved.”

To that end, LIBI helps soldiers by providing recreational centers on the base, helps organize a “fun day” for lone soldiers and helps soldiers with housing. And after university, LIBI also helps integrate Israeli soldiers into the higher education system.

All these initiatives may sound basic to a casual observer, but to a struggling soldier they really make the difference between a smooth service and challenging one.

And, after all, wouldn’t it make sense to give a little something back to the people who give Israel everything?