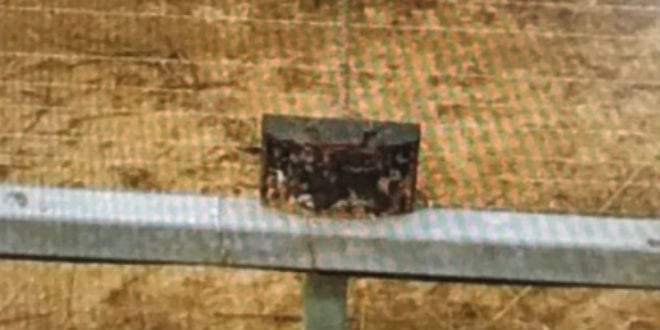 A tragedy was narrowly averted when IDF sappers neutralized an improvised explosive device (IED) that had been set on the border fence with Gaza almost three weeks ago by Palestinian rioters.

“Earlier this morning, IDF soldiers neutralized an IED on the security fence in southern Gaza. It was set up to harm IDF soldiers stationed near the fence,” an IDF spokesperson said.

An additional IED placed at the same time exploded on February 17, injuring four IDF soldiers. The IED, hidden under a Palestinian flag, was set off by remote control when the soldiers attempted to remove it from the fence.

Two of the soldiers were seriously injured and two were moderately hurt. They were hit by shrapnel, sustaining wounds throughout their bodies, including their eyes, doctors said.

Immediately following the IED attack, an Israeli tank fired a shell at an observation post, in response to the attack, the army said.

Last Monday, Israel’s military liaison to the Palestinians warned Gazans that the army would respond more aggressively to riots along the security fence.“We know that the violent clashes on the border are used as a cover for terrorist activity, as happened last Saturday. And we will not allow such an event to happen again,” Maj. Gen. Yoav Mordechai told Palestinians in an Arabic video on social media.“Let it be clear: Beginning today, the IDF will take tough and determined action against rioters along the Strip’s border,” he said.