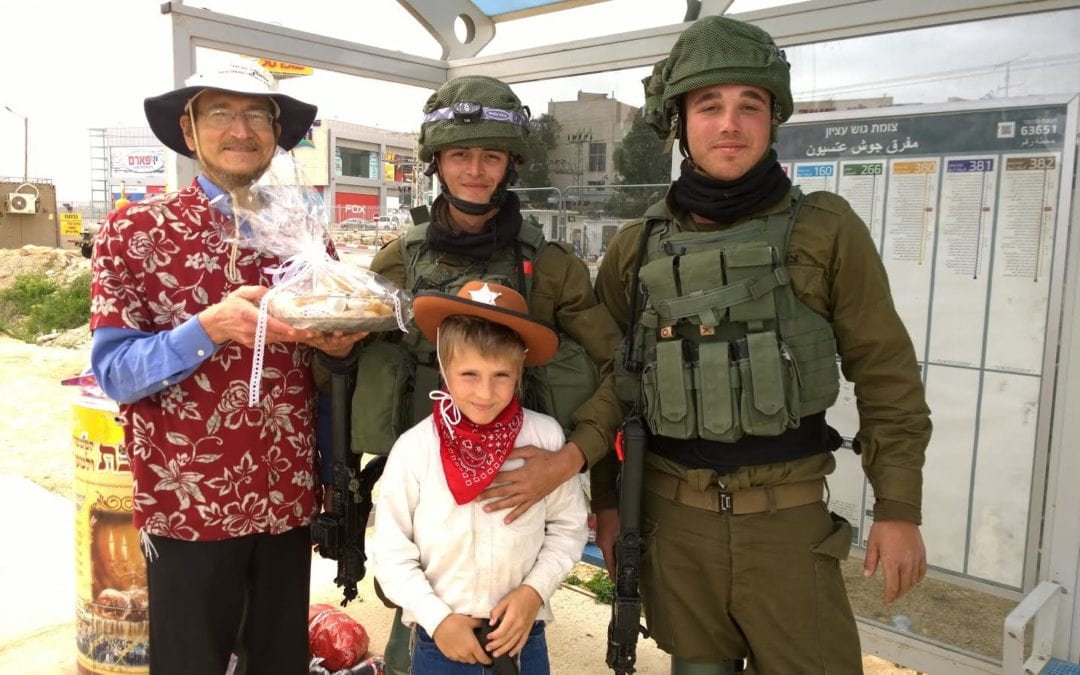 Jewish people throughout the world celebrated the festive Biblical holiday of Purim this week. Purim is based on the Book of Esther, which describes in detail the evil decree of  Haman to annihilate the Jewish people in 357 BCE.

Purim was established so that the Jews will forever remember that ancient Persia no longer exists, the Jewish people were miraculously saved and God fulfills His promise that His nation will exist from time immemorial.

“One of the greatest miracles we experience today is that the Jewish people and the Holy Land have their own outstanding army,” expressed Dr. John A.I. Grossman, Chairman of LIBI USA, the official welfare fund of the IDF. “We should all be proud of Israel’s army and that we have merited to be part of the generation to witnesses this miracle first hand.”

There are four specific Biblical commandments related to Purim: listening to the public reading of the Book of Esther, eating a festive feast, giving charity to the poor, and exchanging food packages with friends and neighbors.

“As Israel joyously celebrated Purim, LIBI USA knew that thousands of soldiers would be responsible to maintain the country’s safety, especially during the holiday, as historically terrorists increase their efforts on holidays,” continued Grossman. “Therefore, LIBI USA helped to fund Purim parties on army bases and delivered food packages to soldiers as they guarded checkpoints and borders.”

Shlomo Vile, who lives in the Gush Etzion settlement of Bat Ayin, located between Jerusalem and Hebron, delivered the gift packages for LIBI USA to soldiers serving in his area. “The soldiers were really touched to receive these gifts, which I told them were donated from people all over the world to bring them festive Purim joy,” he said. “Israel’s soldiers really appreciate the outpourings of love towards them.”

Vile pointed out that standing all day at a checkpoint is grueling and not particularly exciting work. Yet it is crucial to Israel’s safety. These Purim packages were delivered to soldiers at Tzomet HaGush, a checkpoint which has been particularly hostile for the past several years. In fact, just since November, twelve people have been injured or murdered at this location.

“It is humbling to realize that those responsible for Israel’s safety are really just kids themselves, usually between the ages of 18-21 years-old,” noted Vile. “They would rather be partying with the rest of the Jewish people on Purim and instead are serving the Holy Land and her citizens. I was honored to represent LIBI USA and bring these brave soldiers some holiday joy.”

Vile brought his eight-year-old son, named Israel, with him to deliver the packages. “My son dressed as a cowboy and had a cap gun,” he smiled. “The kind soldiers asked my son to show them how his ‘special weapon’ worked and how he shoots it. They brought joy to my son and we brought joy to them. Getting to know these soldiers was the highlight of our Purim and, I hope that letting soldiers know that people care about their welfare was a highlight for them.”