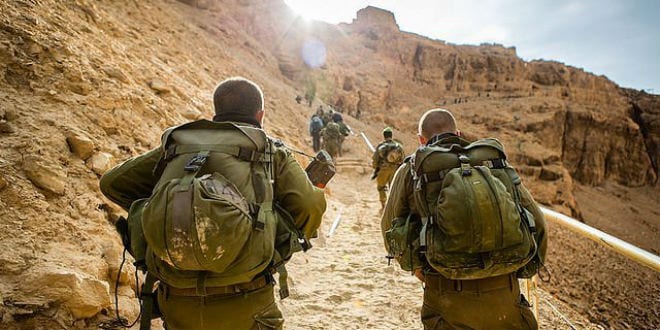 The Israeli army (IDF) was originally established through Jews from all over the world volunteering to protect the Holy Land. This tradition continues until today.

This month alone, the IDF is welcoming close to 500 volunteers from 21 countries. According to the Defense Ministry 2016 statistics, 45 percent of foreign volunteers are from France, 29 percent are from the U.S. and 5 percent are British. These recruits are considered “lone soldiers” (soldiers without family in Israel or native Israelis who are orphans or estranged from their families) even if they have not made aliyah (immigrated to Israel).

Brigadier General Yehiel Gozal, CEO of The LIBI Fund, the only official fund of the IDF, explained that Nefesh B’Nefesh, an organization which facilitates the integration of new Israeli residents into Israeli society, cannot help people who volunteer to serve in the IDF if they haven’t officially made aliyah.

“That is where LIBI steps in,” he said. How To Fix Pokemon Go Unable to Authenticate “We ensure that volunteer soldiers are treated as well as lone soldiers. After all, they are dedicating their time and lives to help Israel.”

LIBI does all it can to enhance the lives of Israeli soldiers by providing for soldier needs which fall outside of the IDF budget. “LIBI strives to level the playing field for all soldiers,” shared Dr. John A.I. Grossman, Chairman of LIBI USA. “With lone soldiers, we support all of their needs including paying for the flight to see their families, holiday meals and shopping vouchers, especially before Rosh HaShana and Passover, supplementing education and medical care and more.”

There are presently over 6,000 lone Israeli soldiers requiring extra services to integrate into the Israeli army and society. These include Israeli military programs which mentally and physically prepare foreign volunteers for army service, study of Hebrew and Jewish history, visits to military heritage sites, and tours around the country.

This is the second consecutive year in which French recruits overshadow those from the U.S. “The situation in France is at crisis levels, both politically and in terms of security,” continued Gozal. “Young people feel an obligation to fight terrorism. But, they prefer to fight for the Jewish homeland than in the French military.”

Gozal pointed out that once someone serves in the IDF, they frequently commit to making aliyah. Their family often follows.

Noam Atlan, a 19 year-old from France, will soon become an IDF combat soldier, leaving his family behind in Paris. He is following in the footsteps of his father, who served in the Golani Brigade in 1989. “After serving, my father returned to France,” he told Ynet News. “But, I want to stay in Israel.”

Atlan intends to stay in Israel after the army and study business management at the Netanya Academic College. Asked if his entire family will follow his path, Atlan replied, “We’re already talking about the entire family coming here and immigrating when my siblings finish school. My brother wants to follow in my footsteps, to enlist and come to Israel.”

Approximately 80 percent of army volunteers serve in combat infantry units for at least 18 months. Many choose to extend their service even longer.

“The Israeli army is the pride of Jews and non-Jews all over the world,” said Grossman. “LIBI is devoted to helping these young men and women succeed in both the army and the Holy Land. After all, they are Israel’s future.”